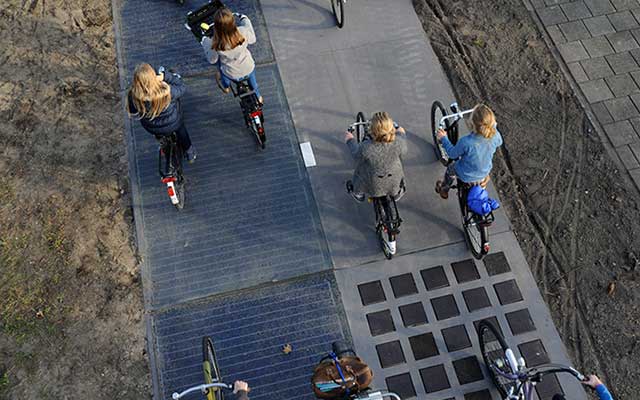 A bike path in Krommenie, a town near Amsterdam in The Netherlands is raising hopes for an innovative approach to solar power generation and utilization.

Solar cells have been embedded in the bike path and covered with a layer of tempered glass. The electricity produced by the cells is evacuated by the electrical grid and used to power traffic lights, street lights, or households.

And SolaRoad has remained a popular bike path with more than 150,000 bikers using it.

The developers are expected now to go ahead with the extension of the road to 330 meters by 2016 and in due course use the energy generated by the road to charge electric vehicles, besides using it for other purposes.

The developers of the project have invested about $4 million for laying the 230-foot stretch of the path.