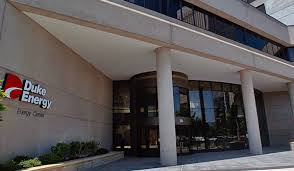 Duke Energy will grant $1 million for research at the Indiana Battery Innovation Center for integrating battery storage with rooftop solar as well as small wind turbines.

As part of the effort, energy storage systems will be installed at two schools served by Duke Energy, having renewable-energy sources already on site.

The agreement was made in 2012 by Duke Energy with the Indiana Office of Utility Consumer Counselor as part of the cost reduction program at its Edwardsport gasified coal plant.

The research will help to find out various methods battery storage can be used with smaller sun and wind installations to maximize the power available from such projects, integrating them more easily with the power grid.

According to Duke Energy sources, the research is aimed at resolving an in-built problem with distributed generation from small independent sources.

Recently, Duke Energy begun the construction of two solar farms having a total capacity of 32 MW in North Carolina.

The project is part of final phases of the 52 MW of project developed for selling clean energy to three Washington, D.C., institutions.

In addition, Duke Energy unit has completed construction of one 14 MW farm and one 5 MW farm, which will start supplying power to Dominion Power in North Carolina by the end of the month.

In another clean energy development, Duke Energy announced $225 million funding to develop commercial solar projects through a streamlined process along with REC solar.

REC and Duke will keep certain standard norms for pre-qualification of commercial customers who are in need of solar installations.

Duke Energy being the largest electric utility in the nation operates wind and solar facilities in twelve states.

Since 2007, Duke has invested over four billion dollars in utility-scale renewables projects and since 2009, over $41 million has been invested in piloting a rooftop solar program for schools, manufacturing facilities, and municipal buildings.

In 2013, Duke Energy invested in Clean Power Finance to provide financial services and software to the solar industry.