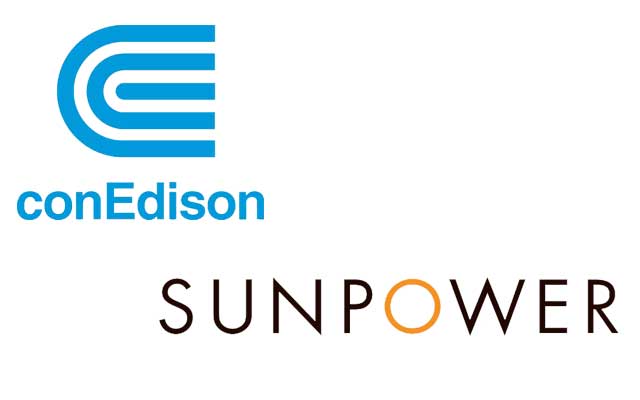 Under the program, customers will be enrolled to receive SunPower solar power systems beginning August.

According to a statement, ConEdison will own the leased systems and will collect monthly payments from customers over 20-year lease agreement periods. SunPower will provide a 20-year limited warranty and production guarantee for each system, the statement added.

Both companies had worked together earlier on a 1.28-megawatt, 3,900-panel rooftop solar installation for Boston Scientific Corporation atop the international distribution center of the firm in Quincy, Massachusetts.

Although rooftop solar installations in the US are on the rise, the sector has been facing some resistance particularly from climate change deniers and fossil fuel based utilities. About two months back utilities in America went up in arms against the proliferation of rooftop solar systems.

Among the demands the utilities placed were state laws to raise prices for solar customers. They weren’t met.

In a closely watched case an Arizona utility recently voted to impose a monthly surcharge of about $50 for net metering.

Net meters help solar customers keep watch on their energy use and to keep tab of surplus electricity supplied to the grid.

It has led to electricity bill savings to rooftop solar users in the range of $10,000 to $30,000 annually. The surcharge was aimed as a restrictive measure on rooftop solar projects. Last year a utilities commission in Wisconsin had approved a similar surcharge for solar users.

However, rooftop solar projects are being increasingly adopted in the US.

A recent study in Louisiana concluded that rooftop solar projects were shifting costs of more than $2 million to those customers who had not installed solar panels.

But the study was disputed by clean energy groups. They pointed at extensive ties between authors of the report and the fossil-fuel lobby.

Clean energy advocates also point to the reduction of greenhouse gas emissions and creation of new jobs as a result of rooftop solar expansion. According to a recent report, solar industry employs about 174,000 people nationwide, which is twice as many as are employed by the coal industry.

Although residential solar power technology has been available since the 1970s, it has developed as a cost-competitive alternative to traditional power.

Since 2010, the average price of photovoltaic cells has plummeted by 80 percent owing to a decrease in cost of power production and higher efficiency in design, according to estimates made by IRENA.