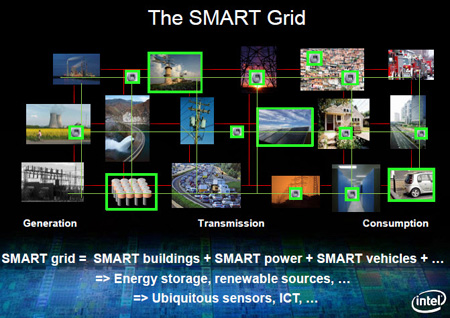 Uttar Pradesh, Karnataka, Andhra Pradesh, Goa, Gujarat and West Bengal are all slated to update the power infrastructure with a smart grid system.

With an aim to addressing the constraints in their grid, these states are working with private companies to strengthen their smart grid oriented power transmission and distribution.

There has been growth in the turnover of communication cables including conductors and energy meters used in smart grids, over the past year.

As the power consumption in cities grew, the utilities started investing in sub-transmission segment to upgrade their distribution for preventing grid failures and tripping.

Recently, there is positive momentum in sub-transmission and distribution of 66 kilovolt products and below.

The growth in turnover of MCB (miniature circuit breaker), energy meters and cables indicates a vivid pace of development in power and infrastructure sectors of the country.

Already, the Power Grid has started working on putting optical ground fibers along the national grid.

Government of India is committed to provide 24×7 electricity to all households in next 5 years and has recently launched 3 focused programs towards this objective with a total capital outlay of US$ 14 billion.

In addition, the new Government has announced an ambitious program to build 100 Smart Cities on fast track.

With all these initiatives, India has started emerging as the prime destination for Smart Grids and Smart Cities.