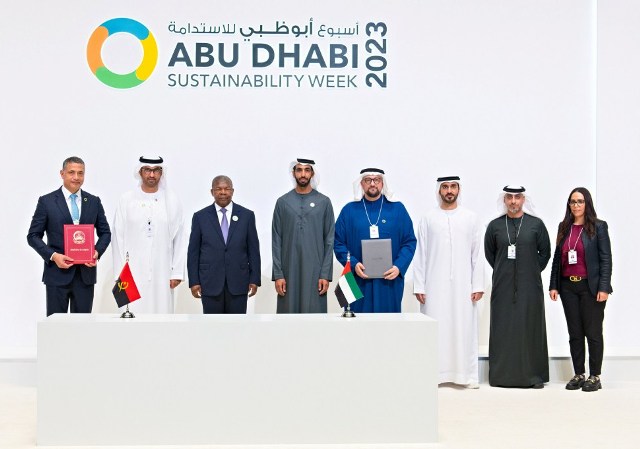 Masdar has signed agreements at Abu Dhabi Sustainability Week (ADSW) 2023 with three countries –Angola, Uganda and Zambia — to develop renewable energy projects with a combined capacity of up to 5 gigawatts (GW).

At ADSW 2022, Sheikh Shakhboot Nahyan Al Nahyan, Minister of State in the UAE Ministry of Foreign Affairs and International Cooperation (MoFAIC), launched Etihad 7 initiative that aims to raise funds to invest in the development of Africa’s renewable energy sector.

The aim of Etihad 7 was to achieve 20 GW capacity to supply 100 million people across the continent with clean electricity by 2035.

Sheikh Shakhboot Nahyan Al Nahyan, Minister of State in the UAE Ministry of Foreign Affairs and International Cooperation (MoFAIC), said: “The signings made this week at ADSW 2023 demonstrate the great traction that we have gained and the milestones that we have achieved together over the past year.”

Sultan Al Jaber, UAE Minister of Industry and Advanced Technology, COP28 President Designate, and Chairman of Masdar, said: “These landmark agreements, which aim to deliver up to 5 GW of energy to Angola, Uganda, and Zambia, follow last year’s signing of a 2 GW agreement for renewable energy projects in Tanzania.”

The agreements signed under the Etihad 7 umbrella at ADSW 2023 are:

An agreement with Angola’s Ministry of Energy and Water for the development of renewable energy projects with a total capacity of 2 GW.

An agreement with Uganda’s Ministry of Energy and Mineral Development for the development of greenfield renewable projects with a total installed capacity of 1 GW.

An agreement with Zambia’s Ministry of Energy, and Zambian national utility ZESCO Limited for the joint development of develop solar, wind, and hydroelectricity projects with a total capacity of 2 GW.

According to the International Renewable Energy Agency (IRENA), less than half of the Sub-Saharan African population has access to electricity. Africa also generates just 20 percent of its electricity from renewable sources.

The continent has a theoretical potential capacity of approximately 850 terawatts (TW) of solar and wind, according to a report produced last year produced by Masdar and Abu Dhabi Sustainability Week with analytical support provided by McKinsey & Company.

Masdar has established a considerable presence in Africa, having formed its Infinity Power Holding joint venture with Egypt’s Infinity to target opportunities. In November, Masdar, Infinity Power and Hassan Allam Utilities signed an agreement with the Government of Egypt to develop a 10 GW onshore wind project.