India’s total electricity generation increased 5.3 percent in the first half of 2018 due to higher demand. 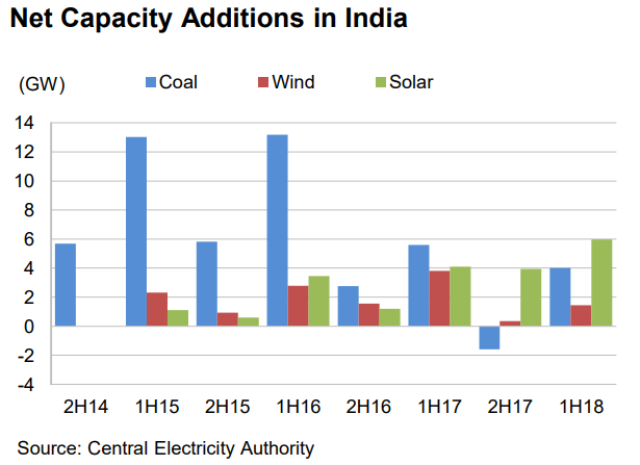 Utilisation factors at the national level were flat as total electricity generation rose at a similar pace.

India added net capacity of 12GW in 1H18, of which 65 percent was renewable, marking another record contribution from the segment.

The tariff-based auction for wind power yielded prices of INR2.77/kWh in August 2018, with the increase from April due to higher financing cost and inadequate transmission facilities. Some solar tenders were not awarded recently because generators’ bids were at tariffs higher than previous lows.

“We believe the gap in tariff expectations of generators and utilities means fewer additions to renewable capacity in the short term,” Fitch Ratings’ Rachna Jain and Muralidharan R said in its report. 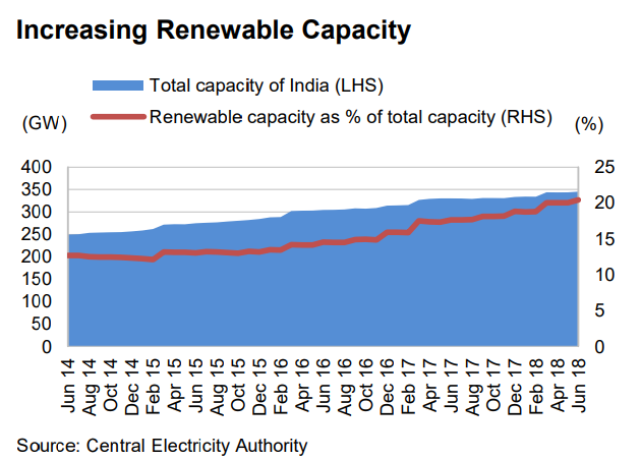 A combination of capacity additions, higher utilisation and better networks counteracted higher demand, resulting in the energy deficit in 1H18 staying at 0.6 percent.

Solar capacity could be derailed

6GW of solar capacity was added in 1H18, the largest half-yearly addition. In July 2018, the government imposed 25 percent duty on solar panels and modules from China and Malaysia. Solar developers could also have to pay higher taxes, while equipment prices could rise due to currency depreciation.