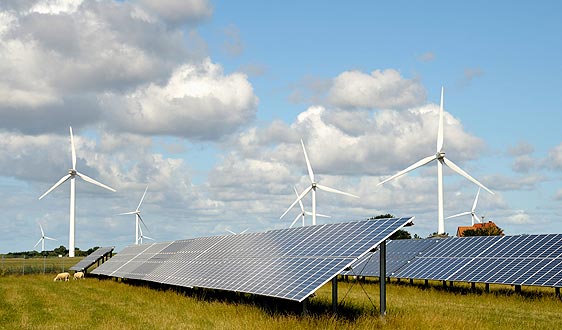 TrendForce has revealed the negative impact from coronavirus outbreak on the global renewable energy industry.

In terms of the upstream substrate, chip to downstream packaging sector, because the number of LED manufacturers in Wuhan and Hubei core affected areas is limited, only a few manufacturers affected; the LED manufacturers in other parts of China were constrained by the slow pace of the resumption of work, and they may be unable to return to full production in the short term.

Overall, the LED industry has been oversupplied since 2019, and there has been inventory for sale, so the short-term impact will be small. The medium to long term will depend on the condition of resumption of work.

In addition, the LED packaging industry chain is mainly distributed in Guangdong Province and Jiangxi Province. Although they are not the center of the epidemic, because their manpower demand is large and most of the employees come from the expatriate population all over China, if the medium- and long-term problem of labor shortages is not resolved, the impact will be more severe. As for the demand side, various operators have begun to stock up orders in advance and increase the inventory level, thus pushing up a wave of stock demand. Each production link will decide whether to raise the price in response according to each supply status.

In terms of the main lithium-ion battery applications, the production of power battery cell and non-battery cell components diversifies and mostly comes from Japan, Korea and the US, which was less affected by the outbreak in China. For IT applications, the industry chain is highly concentrated in China, so they have been most affected by the outbreak so far.

According to TrendForce, the supply of key equipment such as modules and inverters will suffer the most damage from the coronavirus outbreak. Many raw materials involved in module production, namely, silicon wafers and other auxiliary materials, such as EVA, aluminum frames, and glass, are sourced from the Chinese supply chain, which is now constrained by both logistical problems and work resumption delays.

Taiwanese manufacturers’ stockpile of raw materials from pre-Chinese New Year is expected to last until the end of February, at best. Whereas some manufacturers can rely on their factories in Southeast Asia for module and inverter production, manufacturers without such an option must look to other means of production and adapt to market situations accordingly.

Should the projects overseas be bound by deadlines for grid-connections, it is inevitable that they will be delayed due to supply shortage. This is due to suppliers’ temporary inability to maximize the manufacturing capacity in each link of the PV supply chain as well as the significant reduction in the volume of transportation and logistics services.

The Coronavirus outbreak can potentially hurt 3,000 mega-watt (MW) of solar projects currently under construction in the country. According to research agency Crisil, these upcoming solar plants, worth about Rs 16,000 crore, can miss commissioning deadlines due to short supply of solar equipment from China.

Chevron and Persero to explore lower carbon business in Indonesia

FREYR to deliver 28.5 GWh of battery cells to Powin