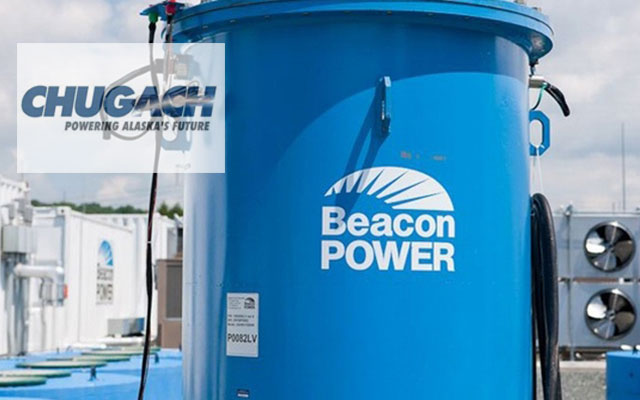 US-based flywheel technology company Beacon Power is to supply a 320kw system to a hybrid energy storage project in Anchorage, Alaska. The initiative is part of an agreement with Chugach Electric Association, the company has stated.

Beacon’s flywheel technology will be integrated with lower duty-cycle conventional electrochemical battery deployed at the project.

Flywheels are among the promising energy storage solutions available today. They support the efficient use of renewable energy produced and can also help the grid stabilize during peak demand.

Beacon’s flywheels are to be installed at a substation close to the headquarters of Chugach and will be put into operation later this year.

Along with Chugach, the company also plans to test the possibility of expanding the capacity of the system. Alaska Energy Authority is financing the project using its Emerging Energy Technology Fund.

The overall control system for the storage project is being supplied by Spirae of Fort Collins, Colorado. The system is capable of handling output of both flywheels and batteries, while also managing the state-of-charge of each system.

Earlier this year, Beacon supplied its technology to the first grid-connected hybrid flywheel system in Europe, which was switched on in March.

Irish company Schwungrad Energie Limited established the project at Rhode, County Offaly, in collaboration with the department of physics and energy at University of Limerick.

Last December, Schwungrad received 2.55 million euros from the European Commission Horizon 2020 fund as the first phase grant for the project.

The fund was meant to develop a hybrid system security and reliability technology to overcome technical barriers and enable the establishment of low-carbon, efficient energy systems.

The Irish utility EirGrid had selected the project as a “Demonstration Project” under its smart grid programme.

And Schwungrad and EirGrid are to investigate possible collaboration on optimal operation of the plant to provide rapid frequency response and voltage control, which would contribute to stabilization of the system.