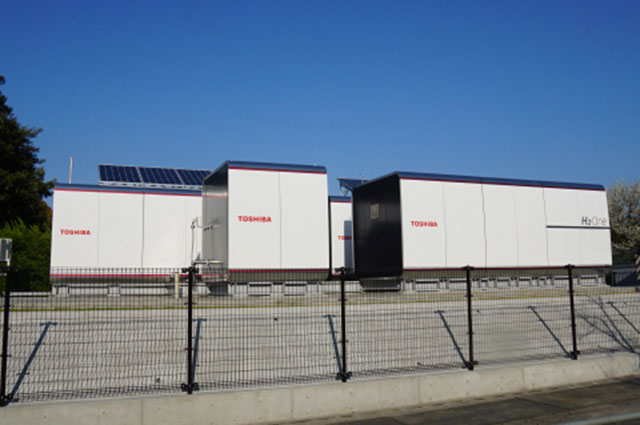 Named H2One, the system is a combination of Photovoltaic installations, and hydrogen fuel cells.

According to a statement issued by the Tokyo-based company, the solar power generated is used to electrolyze water and produce hydrogen.

The hydrogen is stored for later use to independently provide electricity and hot water when required.

H2One, which is scheduled to run till March 31, 2021, has been installed at Kawasaki Marien and Higashi-Ogishima-Naka, a municipal facility designated as an emergency evacuation area.

In post-disaster situations, when lifelines are most likely to be disrupted, H2One will be able to use its hydrogen stock to provide electricity and hot water to an estimated 300 persons for a week.

H2One produces one cubic metre of hydrogen an hour and has a tank that can store 33 cubic metres of the fuel.

It can supply 75 litres of water an hour at 40 degrees Celsius. And the fuel cell attached uses 2.5 cubic metres of hydrogen an hour to produce power.

Further the container-size system can be transported to disaster-hit areas on trailers, the company has stated.

Toshiba is also looking to increase the hydrogen storage capacity of H2One.

The demonstration project will verify the effectiveness of the system in normal operating circumstances at both sites in Kawasaki.

It will also support improvement of overall system efficiency.

Intelligent Energy in pact with Luxfer-GTM to supply fuel cell products in the U.S.