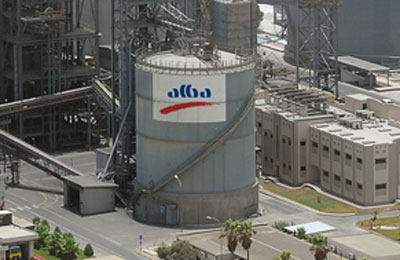 GE also marks two additional milestones for its Power Services business with this win – its multiyear agreement (MYA) with Alba for a period of 16 years, which also represents the first MYA for HA gas turbines in the Gulf region.

For Alba, these capabilities enable an HA power plant to be custom configured and tuned for this complex industrial application where process stability and uninterrupted power are vital. These digital capabilities also increase the customers’ ability to run, adapt, and manage the plant for improved outcomes.

“GE and GAMA Consortium have a proven track record when it comes to delivering world-class industrial projects in our region and around the world, and we are thrilled to work with them on this project,” said Alba’s chief executive officer, Tim Murray.

“Alba is building the world’s largest single-site smelter, and we will utilize GE’s advanced HA technology to create the most efficient power station in Bahrain,” Murray added.

“GE has helped power the Gulf for more than three decades, and we’re very proud to work with Alba to now deliver greater innovation than ever before in this region,” said Joe Mastrangelo, president and CEO of GE’s Gas Power Systems.

Joseph J. Anis, GE’s president & CEO for Power Services in the Middle East & Africa, said, “The HA-level technology sets industry benchmarks in cost-effective conversion of fuel to electricity, and its first deployment in the Gulf region and in the aluminum smelter industry globally by Alba highlights the company’s focus on deploying the most advanced technology.”

The HA is GE’s largest and most efficient gas turbine. In June 2016, GE was recognized by Guinness World Records for powering the world’s most efficient combined-cycle power plant with its HA technology.