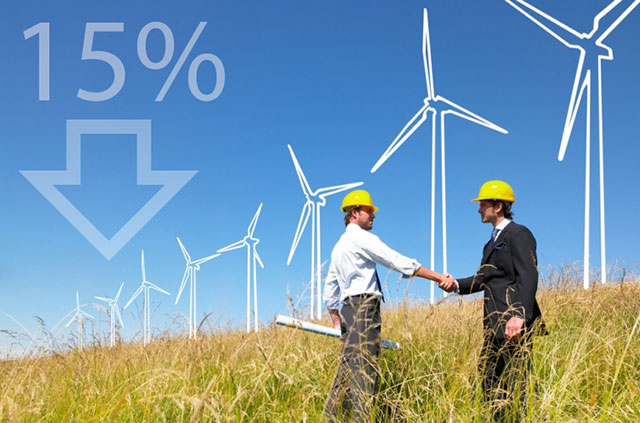 Bloomberg New Energy Finance (BNEF) has reported that the world has invested 15 percent less in clean energy projects in the first quarter of this calendar year.

The finding is in alignment with a recent UNEP report, which while indicating 17 percent rise in clean energy investments in 2014, also predicted a possible reduction in investment citing factors including oil price.

The BNEF report says the current fall in investment in clean energy is the biggest in two years.

The previous investment low was recorded in the first quarter of CY 2013 when the sector drew in $42.1 billion.

The reduction in investment has resulted largely from the slowing of investment in large-scale wind and solar projects by China, Europe and Brazil.

The hike in the value of the US dollar has also dampened spending.

However, analysts say the slump in oil prices hasn’t yet contributed significantly to the decline in investment. BNEF advisory board chairman Michael Liebreich said the figures for Q1 CY 2015 prove it.

The decline may, nonetheless, be attributed to the failure of countries to sustain investment at the rates they did last year. Also, it is usual for the first-quarter spending to be weak as project developers and bankers take a breather after hectic year-end activity.

BNEF says the dip in investment may not continue throughout the year and that the data was inadequate to indicate that it is a meaningful fall in investment.

While China, Brazil and Europe showed decrease in clean energy investment, other countries such as the US have recorded increase in investment.

The US invested 2 percent more on clean energy taking the figure up to $9.6 billion.

An increase in spending on renewable energy by India and South Africa should also change the situation in the near future. India is targeting capacity addition of 160gw (a thirty-fold increase) by 2022, which entails a spending hike by 59 percent to $1.6 billion.

South Africa, in turn, has increased spending on renewable energy from nearly nothing last year to $3.1 billion.