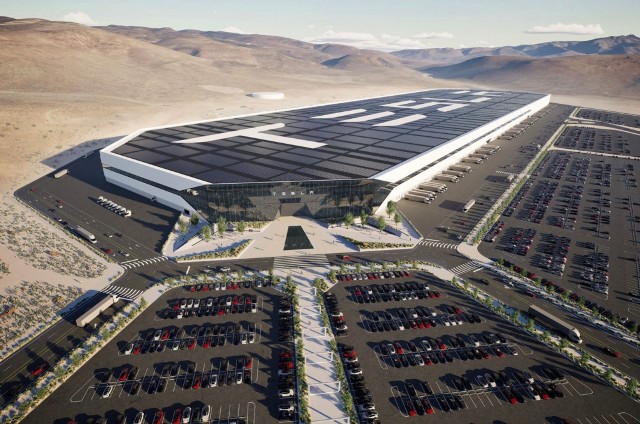 Elon Musk-promoted Tesla announced it will be investing over $3.6 billion more to grow its Gigafactory in Nevada in the US.

The company said that it will add two new factories — a 100 GWh 4680 cell factory (with a capacity to produce enough batteries for 1.5 million light-duty vehicles annually), as well as its first high-volume Semi factory.

You can apply for a Tesla job in Nevada. Tesla is looking to hire 3,000 in Nevada.

“Semi is our fully electric combination truck, with 500 miles of range and energy consumption of less than 2 KWh per mile,” Tesla said in a blog post.

To date, Tesla has produced at Gigafactory Nevada:

In 2014, Tesla invested $3.5 billion in Nevada with its first Gigafactory to build a facility capable of producing 35 GWh of battery cells annually — enough to manufacture about 500,000 vehicles per year.

The electric car-maker has invested $6.2 billion in Nevada and built a 5.4 million square foot Gigafactory since 2014.

Tesla lowered the prices of EVs across its lineup in the US and Europe, in an effort to boost sales as its stock plummeted more than 60 percent.