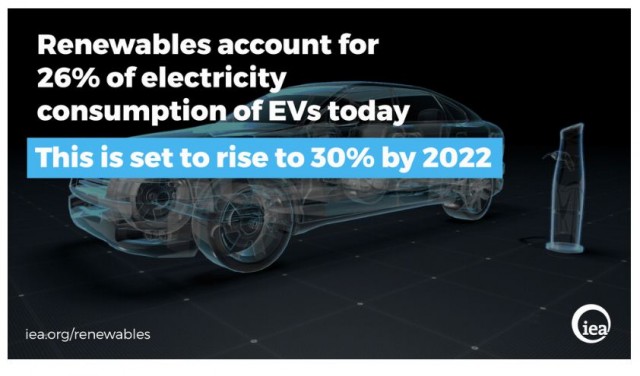 The market for renewable electric vehicles has not picked up momentum as expected, according to the report from International Energy Agency (IEA), which says the growth has been marginal, from over 4 percent in 2016 to 4.5 percent in 2022.

Despite strongly rising sales, the share of EVs remains limited, and biofuels are still expected to represent over 90% of total renewable energy consumption in road transport by 2022, the report said.

As a result, biofuels production is expected to grow by over 16% during over the forecast period.

Asia and Brazil lead the biofuel market thanks to the availability of feedstocks and favorable policies from government. In the U.S., ethanol and biodiesel production also expands as a result of supportive policy frameworks.

Modest growth is expected in the European Union given that the policy landscape after 2020 is not expected to encourage industry investment.

Advanced biofuels such as cellulosic ethanol have also seen progress in recent years, but are still not competitive with petroleum products. However, their production is expected to almost quadruple from a low base, which is still just over 1% of total biofuels production.

The rising demand for renewable EVs is driven by the rapid growth of two- and three-wheelers in China but also results from electric cars in European markets with high shares of renewable generation.