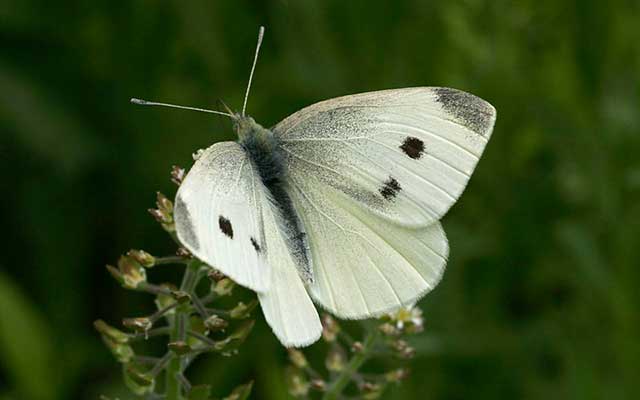 The cabbage white butterfly, which was in the news recently for inspiring more efficient solar photovoltaic technology by virtue of its behavior called reflectance basking, is disappearing from most parts of the UK.

“Continuing climate change caused by carbon emissions from power stations and vehicles is set to have catastrophic consequences for British butterflies including currently widespread species such as the cabbage white and large skipper,” the report says.

According to the report, researchers have found that the increase in extreme droughts owing to global warming will cause six species of UK butterflies to be lost from several areas of the country as soon as mid-century.

The report is based on a study report published in the journal Nature Climate Change.

The researchers have identified the six species as they are particularly sensitive to drought.

The remaining havens for the six species, the report says, would be the cooler, wetter parts of UK, such as the northwest of England and Scotland where some of the six species would survive.

According to Tom Oliver, the lead author of the paper and an ecological modeller at the UK Centre for Ecology and Hydrology, the butterflies were only an indicator of large-scale effects. “It’s likely other species besides butterflies will be affected by drought. Because butterflies are a well-studied group they can be used as an indicator for other groups, canaries in the coal mine, if you will.”