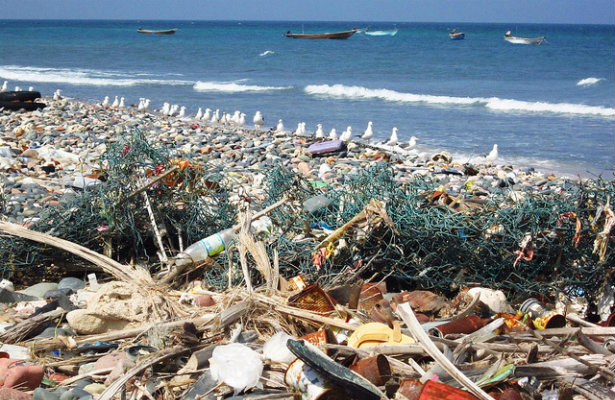 Joining the #CleanSeas campaign, Indonesia pledged to cut plastic waste in 25 coastal cities and reduce marine litter by a massive 70 per cent in just eight years.

Launched at the Economist World Ocean Summit in Bali, the #CleanSeas campaign is urging governments to pass plastic reduction policies; targeting industry to minimize plastic packaging; and calling on consumers to change their throwaway habits – before irreversible damage is done to our seas.

Erik Solheim, Head of UN Environment, said, “It is past time that we tackle the plastic problem that blights our oceans. Plastic pollution is surfing onto Indonesian beaches, settling onto the ocean floor at the North Pole, and rising through the food chain onto our dinner tables. We’ve stood by too long as the problem has gotten worse. It must stop.”

Throughout the year, the #CleanSeas campaign will be announcing ambitious measures by countries and businesses to eliminate microbeads from personal care products, ban or tax single-use bags, and dramatically reduce other disposable plastic items.

Indonesia is among the ten first countries to join the campaign with far-reaching pledges to clean up their seas. Uruguay has committed to tax single-use plastic by the end of this year and Costa Rica will take measures to dramatically reduce single-use plastic through better waste management and education.

Each year, more than 8 million tonnes of plastic ends up in the oceans, wreaking havoc on marine wildlife, fisheries and tourism, and costing at least $8 billion in damage to marine ecosystems. Up to 90 per cent of all litter floating in our oceans is made of plastic.

According to some estimates, at the rate we are dumping items such as plastic bottles, bags and cups after a single use, by 2050 oceans will carry more plastic than fish and an estimated 99 per cent of seabirds will have ingested plastic.

Media personality Nadya Hutagalung supports #CleanSeas by calling on the cosmetics industry to stop adding plastic microbeads to their products. As many as 51 trillion microplastic particles – 500 times more than stars in our galaxy – litter our seas, seriously threatening marine wildlife.

Also joining the campaign is Hamish Daud, Indonesian presenter and actor. “We hail from one of the most beautiful places on the planet, but our nasty plastic addiction is slowly choking our precious coasts and the marine life we share them with,” he said.

Globally recognized brands are also joining the fight. DELL Computers unveiled today a commercial-scale supply chain using plastic which has been fished out of the sea near Haiti. The computer giant will use the recovered ocean plastic in its product packaging.

Actor Adrian Grenier, known for his role in hit TV show and film Entourage, and founder of Lonely Whale Foundation has joined the #CleanSeas campaign, asking people to re-think their daily choices.

Major announcements are expected during The Ocean Conference in New York at the UN Headquarters 5 – 9 June, and the December UN Environment Assembly in Nairobi, Kenya.