Home climate Why Indian cities must go for low-carbon energy 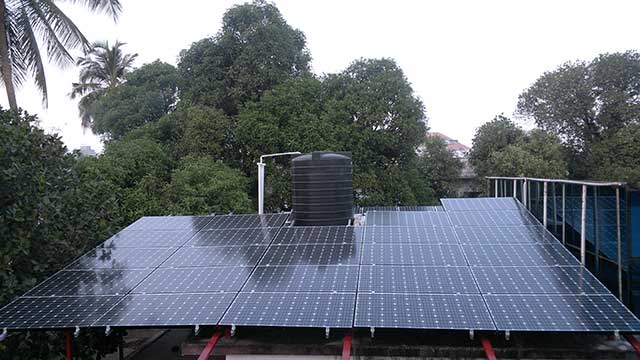 As India urbanises at a rapid pace, there’s a daunting challenge in balancing higher energy use with a development model that is not fossil fuel-intensive and slows the growth of carbon emissions. Besides the mega cities, hundreds of smaller ones are growing exponentially across the country and there is urgent need to increase access to clean, affordable and reliable energy.

Although per capita greenhouse gas (GHG) emissions in urban areas in the global South are still far lower than in the developed world, they are adding substantial load in terms of total emissions. In 2010, India, China, developing Asia, Africa and Latin America comprised about a quarter of total urban GHG emissions from the core sectors of buildings, transport and waste disposal.

In a business-as-usual scenario, those regions are projected to be responsible for about 56 per cent of total urban emissions in 2050, says a new study by the World Resources Institute (WRI). With future electricity demand projected to increase, governments must make decisions now about their future energy infrastructure, said the study titled “Powering Cities in the Global South” that was released on Thursday.

The study contends that solutions exist that can address the needs of the urban under-served as well as provide economic and environmental benefits to the whole city. They point to three key solutions — speeding up the shift to cleaner cooking; scaling up distributed renewable energy; and increasing the energy efficiency of buildings and appliances — where cities and governments can play an implementing role.

In India, for instance, 80 per cent of all buildings that are projected to stand in 2030 had not yet been built as of 2010. The country is at high risk of locking in decades of future inefficiency, high costs and high emissions, which would lead to costly renovations in the future.

The study found that on an average, residential tariffs increased by 15 per cent and commercial tariffs rose by 16 per cent, an annual increase of roughly six per cent, between financial years 2009 and 2013. As the cost for grid electricity rises and the cost for solar photovoltaic falls, it will become an increasingly appealing option for consumers, it says.

Although the adoption of rooftop solar in India has sputtered in residential areas, even after various incentives, lead author Michael Westphal of WRI’s Ross Centre for Sustainable Cities says the prospects for expansion are good.

“Our data show that rooftop solar is now within the cost (LCOE — levelised cost of electricity) range of natural gas-fired generation in India,” Westphal sai. “We also see the incentives getting better, as many states have adopted net metering policies.”

The study points to the encouraging example of Delhi, where net metering exists. Homeowners can either own a solar power system or lease their roof to project developers. The electricity generated from such a system meets the rooftop owner’s energy needs, with the excess fed back to the grid.

On household energy use, there has been a substantial increase of cooking gas supply in Indian cities. In urban areas, LPG (liquefied petroleum gas) use has been growing at about 10 per cent per year and now about 65 per cent of urban residents use LPG, co-author David Satterhwaite of International Institute for Environment and Development said.

“The subsidies for cylinders have helped,” Satterhwaite said. “The government could also help to catalyse new consumer finance models that address the cost issue for poorer households.”

Given that India is on the cusp of massive urbanisation and per capita energy use intensity in cities is expected to rise rapidly, it is imperative that it moves on a new low-carbon development pathway for the well-being of the people and for long-term economic productivity, says Westphal.

“The enabling conditions are critical, including getting the prices right and adopting supporting policies. India has adopted a number of RE (renewable energy) fiscal and regulatory policies and targets at the national level, and these could be strengthened and additional policies adopted at the state and local levels.”

Carbon intensity of urban power grids will decline in the coming years in India. “Currently, the electricity grid is pretty dirty, but it will likely decrease as the country relies less on coal and scales up RE,” Westphal said.

Ultimately, all countries need to adopt a price on carbon. “All countries, including India, need fossil fuel subsidy reform,” said Westphal. “The IMF has calculated that post-tax subsidies amounted to about $300 billion in India in 2014. Fossil fuel subsidies are subsidies to pollute the environment and damage people’s health, and furthermore, they disproportionately benefit the wealthy.”