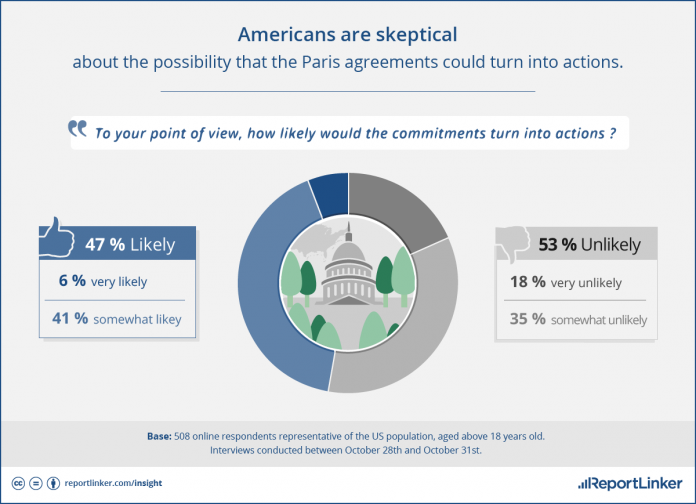 While Americans view air and water pollution as the most worrying environmental issues, they are quite less concerned about their over consumption, says a survey conducted by ReportLinker.

The survey was carried out on 508 online respondents aged above 18 years old.

“Americans are quite less concerned about over-consumption (33 percent ), even though they would actually need 4 Earths to sustain their consumption needs,” the report said.

Air and water pollution are most often mentioned as worrying environmental issues (68 percent and 67 percent respectively).

At the backdrop of Morocco climate talks, the survey also finds that communication about climate talks should be improved among Americans. Only 22 percent of US respondents are familiar with the Paris Agreement.

Moreover, the political willingness to turn commitments into actions is perceived differently by the US population. More than half (53 percent) of US respondents are skeptical while 47 percent are optimistic about the possibility that political actions could be effectively undertaken.

Americans are particularly aware of their weighty environmental impact as top carbon emitters. More than two-thirds of US respondents (72 percent) classify the country in the top 10, with 37 percent of them answering correctly, especially Millennials (43 percent). The US is the second largest emitter after China. 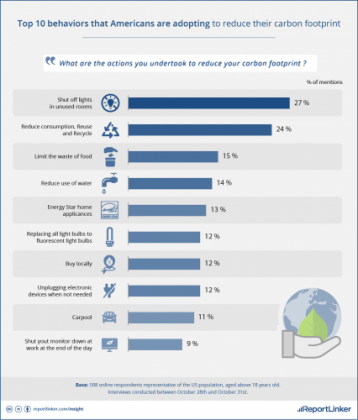 Some of the ways Americans engaged in avoiding negative environmental consequences include shutting off lights in unused rooms (27 percent), reuse and to recycle (24 percent), limiting their waste of food (15 percent), reducing their use of water (14 percent) and buying Energy Star home appliances (13 percent).