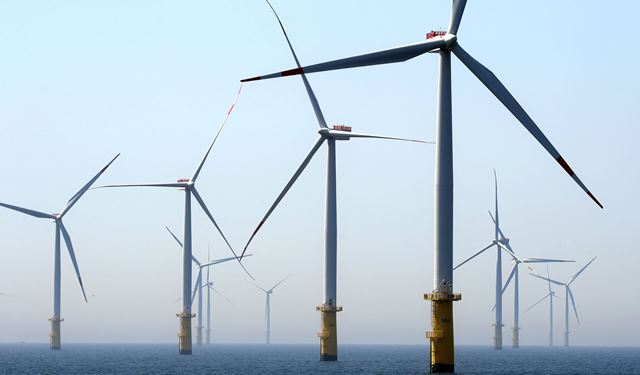 Vineyard Wind announced a deal to use union labor to help construct the nation’s first major offshore wind project off the Massachusetts coast near Martha’s Vineyard.

The labor agreement with the Southeastern Massachusetts Building Trades Council covers 500 jobs for local workers, the company said in a statement.

President Joe Biden’s administration approved the Vineyard Wind project in May, billing it as the launch of a new domestic energy industry that will help eliminate emissions from the power sector.

Dennis Arriola, chief executive of Avangrid, which is co-developing Vineyard Wind with Denmark’s Copenhagen Infrastructure Partners, said in a statement that the agreement sets a strong precedent in the new U.S. industry.

The building council represents thousands of workers on Massachusetts’ South Coast, Cape Cod and islands. Turbines for the project, which will be located 15 miles (24 km) off the coast of Martha’s Vineyard, will leave the mainland from the port city of New Bedford, Massachusetts.

For the first several years at least, most of the manufacturing jobs stemming from the U.S. offshore wind industry will be in Europe.

Vineyard Wind project aims to create enough electricity to power 400,000 homes in New England. The project will begin delivering electricity to the grid in the second half of 2023 and initial construction could begin as soon as this year.

The project is ultimately expected to create 3,600 full-time jobs over its lifetime.

“Using a project labor agreement to construct the country’s first industrial-scale offshore wind farm guarantees union protections for workers on this project, the work stays local, and the workers represent the diverse communities they come from,” Kristin Wozniak, a member of International Brotherhood of Electrical Workers Local 223, said in a statement.