The US will be offering 343,833 acres offshore New Jersey for commercial wind energy development. A competitive lease sale of the space will be held on November 9.

The announcement has been made by Secretary of the Interior Sally Jewell and Bureau of Ocean Energy Management (BOEM) Director Abigail Ross Hopper.

The initiative is being taken as part of US President Barack Obama’s comprehensive Climate Action Plan.

If the proposed area is utilized to full potential it could generate a total of 3,400 megawatts of wind power. National Renewable Energy Laboratory of the Department of Energy has estimated that the power would be adequate to meet the requirements of about 1.2 million homes. 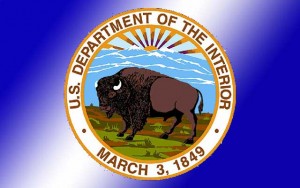 The report, citing the Final Sale Notice, says BOEM will consider monetary and nonmonetary factors (whether a bidder has obtained a Power Purchase Agreement or New Jersey Offshore Renewable Energy Certificate award) in determining the winners.

BOEM has made more information available on its website.

China to account for 25% of offshore wind power capacity