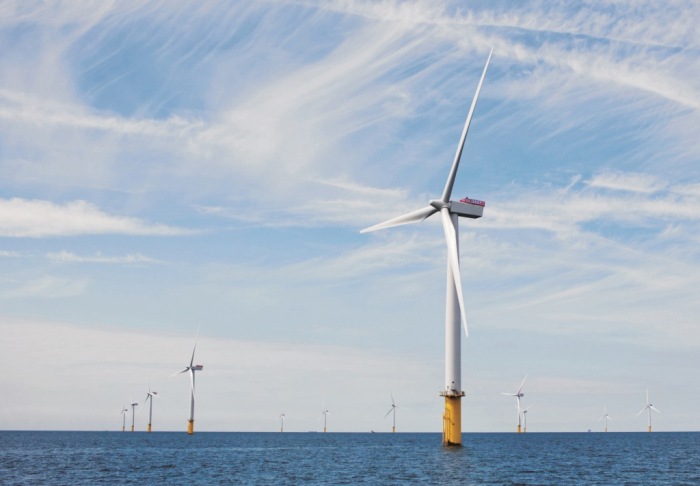 160 wind turbines will produce enough power to supply some 400,000 residential households with renewable electricity per year.

RWE (with 60 percent) Stadtwerke Munchen (30 percent) and Siemens (10 percent) are the main partners of more than £2billion wind farm.

The wind farm extends over an area of some 80 square kilometres. Siemens has supplied turbines with a capacity of 3.6 MW each and the 160 steel monopile foundations, some weighing up to 700 tonnes.

Each turbine rises 150 meters above the mean sea level. In addition RWE and its contractors installed two massive offshore substations each weighing 1,300 tonnes and 134 kilometers of onshore cable installed.

Peter Terium, chief executive officer of RWE AG, said: “Thanks to our German wind park Nordsee Ost, inaugurated only 3 weeks ago and now Gwynt y Mor offshore wind farm will become the third largest player in the European offshore market. We expect to invest over 1 billion euro up to 2017 in growing renewables, with wind power at the forefront of that investment.”

Gwynt y Mor will benefit the UK economy by creating green jobs and growth as well as providing secure, sustainable and low-carbon energy for around 400,000 homes in Wales.

“Siemens has played a major role in Gwynt y Mor. Physically, by supplying both turbines and sub-stations and also by providing financing and a 12-year Service and Warranty contract,” said Michael Hannibal, CEO Offshore of Siemens Wind Power and Renewables Division.