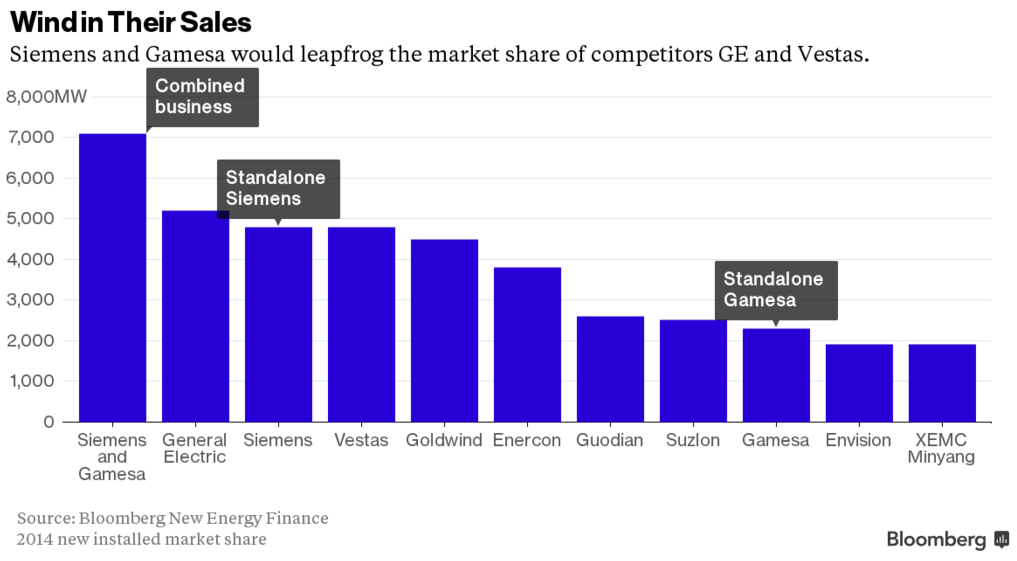 German engineering company Siemens is close to a deal to combine its wind business with rival Gamesa, Bloomberg reported.

The combination of wind units of Siemens and Gamesa would create the world’s largest wind-turbine maker, ahead of GE.

On January 29, Gamesa, based in Zamudio, Spain, said it was in talks to combine its operations with Siemens.

The Spanish company’s network of installed turbines is attractive to Siemens, which has been trying to expand revenue from service contracts. The German engineering firm leads in machines designed for use offshore, while Gamesa specializes in on-shore wind.

The wind division is the smallest of Siemens’s eight operational businesses, and also has the lowest profitability target.