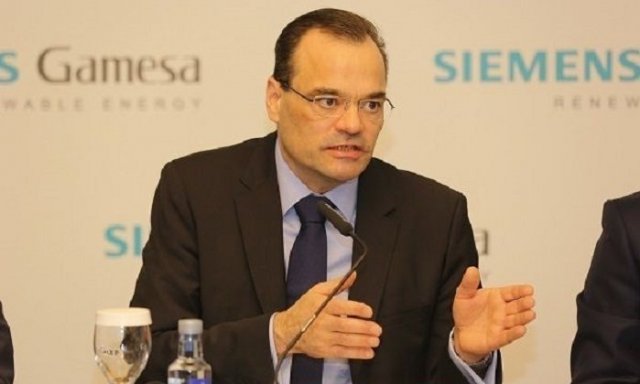 Siemens Gamesa CEO Markus Tacke said the trade war among the United States and China, two of the largest exporting countries of the world, and uncertainties in emerging markets are putting pressure on the wind turbine manufacturing industry, in particular, in the short-cycle Onshore business.

Siemens Gamesa recently announced the appointment of Alfonso Faubel, Onshore CEO, as part of the broader reorganization of the company’s senior management team.

Siemens Gamesa said its L3AD2020 transformation strategy has assisted the wind turbine company to achieve a backlog of €25.1 billion at June 30, with order intake of €12.3 billion in the last 12 months.

Siemens Gamesa said its backlog is well balanced — €11.5 billion, or 46 percent of the total, belongs to service with a duration of close to 8 years, ensuring higher profitability, faster cash conversion and a more recurring nature.

Siemens Gamesa revenues increased 23 percent year-on-year to €2.632 million in the last quarter. It anticipates a strong performance in quarter 4.

According to the energy consultancy of group Wood Mackenzie, 8 gigawatt of the existing wind fleet is expected to be subject to repowering in U.S. by 2025, out of 16 gigawatt expected globally.

Siemens Gamesa 4.5 megawatt class turbine is on its way to becoming one of the fastest selling wind turbine models in the company’s history.

Siemens Gamesa’s Offshore business is making good progress with new contracts in Taiwan, and opening new markets like Japan and the U.S.

Siemens Gamesa has received an order to supply 640 MW to Yunlin offshore power plant in Taiwan. It will supply the first Siemens Gamesa 8.0-167 offshore turbine in Asian market, a region with an increasing number of sizable opportunities.