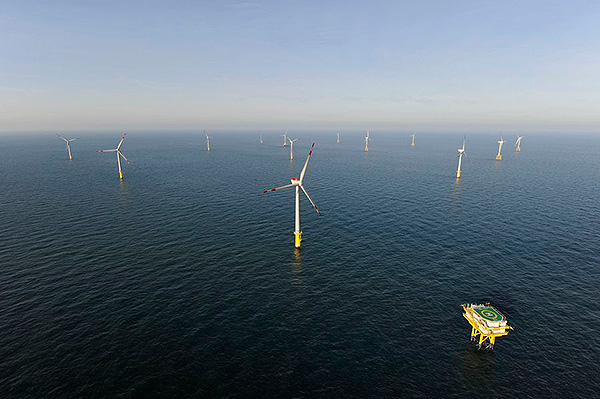 Siemens has completed and handed over the first North Sea grid project BorWin2 to the network operator TenneT.

The 800 megawatts capacity provided by the connection is sufficient to supply one million homes.

In 2010, the TenneT entered into contract with the consortium consisting of Siemens and Prysmian for the BorWin2 offshore grid connection.

Located near the German coast, northwest of the island of Borkum, this is the first commercial offshore grid connection with direct-current technology worldwide.

Siemens started the installation of platform back in April 2014 at the North Sea site.

Fifty percent of the grid connection capacity of BorWin2 is available for connection of a second wind farm.

The Global Tech 1 wind farm consisting of 80 wind turbines is linked to BorWin2.

Siemens received its latest order for a grid connection in the North Sea, BorWin3, in a consortium with Petrofac in 2014.

The next three grid connections, Sylwin1, HelWin1 and HelWin2 will soon be commissioned in the first half of 2015.

Commissioning of the fifth grid connection from Siemens is scheduled for 2019.

The grid connections executed by Siemens for TenneT will have a total transmission capacity of around 3.8 gigawatts, catering to around five million households.

Ulstein Verft Norway will build the two new SOVs which will become operational in 2016 and 2017 when both the Gemini and Sandbank offshore wind projects are scheduled to begin operations.