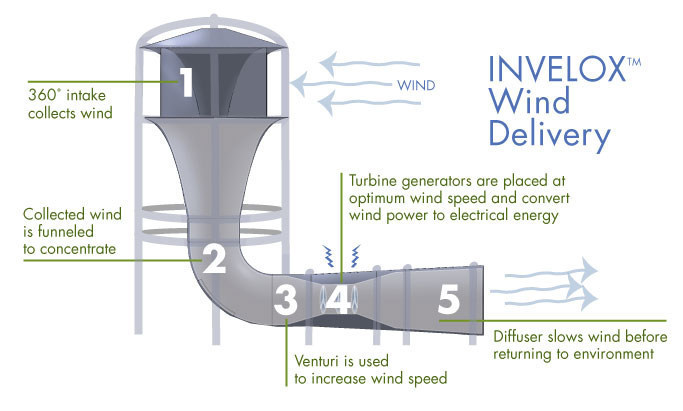 SheerWind has secured a pilot project of installing 200 KW wind plant for Tampa Electric in Florida.

The company also has plans to purchase a utility-scale 1.8MW INVELOX system.

In order to increase output capacity, multiple turbines can be used in a row or series while reducing downtime to near zero.

INVELOX turbines are operational at wind speeds as low as 2mph and as high as 100 mph.

There will not be any radar interference and harm to flying birds.

The operating and maintenance costs are reduced to half compare to traditional wind turbines. Besides, for a single tower multiple turbines can be used.