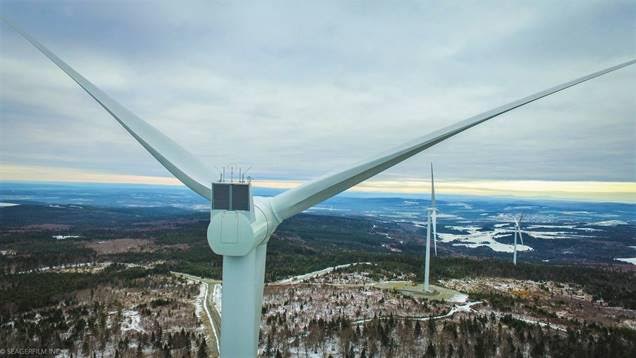 As announced in June 2017, the facility will be acquired by Pattern Energy Group and PSP Investments.

The Mont Sainte-Marguerite Wind facility is utilizing 46 Siemens Gamesa innovative 3.2 MW direct drive wind turbines with components made in Canada, including the turbine hubs and towers, which were built in Québec, leveraging the highly-skilled labor force and manufacturing facilities in the province.

“Going forward the facility will generate millions of dollars for our community partners, the municipalities of Sacré-Coeur-de-Jésus, Saint-Sylvestre and Saint-Séverin,” Garland added.

The facility operates under a 25-year power purchase agreement (PPA) with Hydro-Québec Distribution.

Mont Sainte-Marguerite Wind facility is expected to generate enough power for approximately 28,000 Québec homes annually, according to power use statistics from Hydro-Québec.