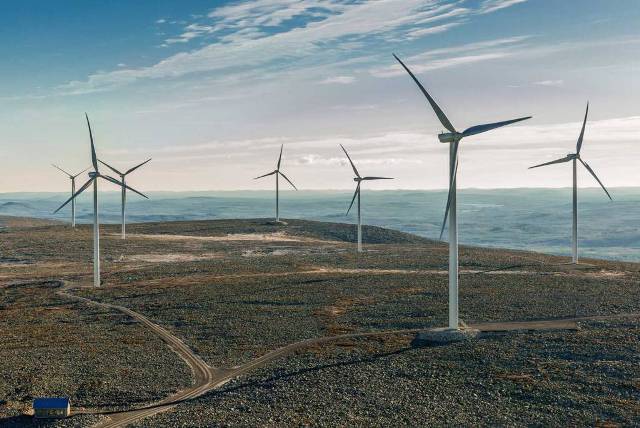 OX2 has sold a wind farm of 86 MW in southern Sweden to Lundin Energy. OX2 will begin construction of the wind farm with delivery expected in 2023.

The wind farm named Karskruv, comprising 20 wind turbines, will be constructed in the municipality of Uppvidinge, Kronoberg County, Sweden.

OX2 has developed the project that will be constructed and delivered under a tailored EPC contract. OX2 will retain responsibility for the technical and commercial management of the wind farm.

Facts about the Karskruv wind farm:

Commissioning is planned for 2023 and yearly production amounts to approximately 290 GWh per year, equivalent to the electricity consumption of 60,000 households.

The agreement is the second between the two companies in just over a year, following the agreement of a 132 MW wind farm in Finland in 2020 where construction is now ongoing.

OX2 is currently constructing 14 wind farms with a total capacity of around 1000 MW in Sweden, Finland, Norway and Poland.

“OX2 remains firmly committed to leading the ongoing European energy evolution and we are pleased to reach a second agreement with Lundin Energy in just over a year,” said Paul Stormoen, CEO of OX2 AB.

“We are partnering with OX2 again and this will be our latest renewable energy project in our home country of Sweden. We are committed to be carbon neutral from 2025 and the Karskruv project is a key deliverable for this ambition,” said Nick Walker, President and CEO, Lundin Energy.

“The Karskruv project has been developed by OX2 for many years now. I’m happy that we will be able to contribute to the power production in the southern part of Sweden where the electricity demand is high,” said Hillevi Priscar, Country Manager OX2 Sweden.