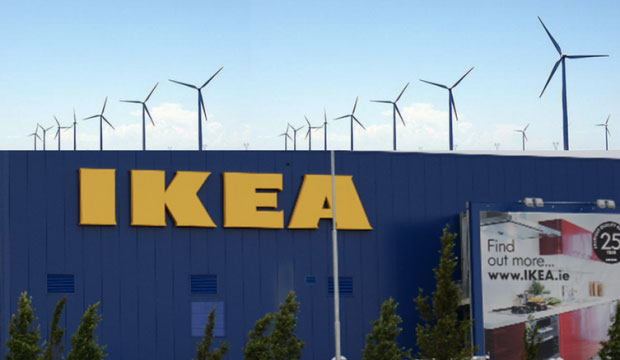 The IKEA has acquired a new wind energy project near the village of Wroblew in Poland.

Additionally, the firm has committed to acquire two more wind farms in the cities of Gizalki and Lubartow, with an aim to become energy independent by the end of the year.

According to company sources, these three new wind farms will together produce an estimated annual total of 339 GWh of wind energy.

In 2011 IKEA bought three wind farms in Podkarpacie region (in Rymanów, Bukowsko and Leki Dukielskie), which produce a total of 134 GWh of energy annually.

Considering the entire acquisitions, IKEA will own six new wind energy projects by the end of the year, which will generate nearly 473 GWh of electricity annually.

The all six projects are enough to provide clean energy for powering roughly 225,000 homes in Poland.

Moreover, the wind projects will be supported by biomass boilers at the company’s factories.

IKEA has selected Inovateus Solar for the development and installation of 1.28 MW customized solar power system.

Panel installation will begin this spring with the store opening scheduled for the fall 2015, which will be Missouri’s largest rooftop solar array.

The 259,000 square-foot solar array will incorporate 4,085 panels that are expected to produce approximately 1.78 GWh of electricity annually for the store.

The company now owns and operates 314 wind turbines and 700,000 solar panels around the world.

IKEA aims to receive 100 percent of its energy needs through renewable sources by 2020.