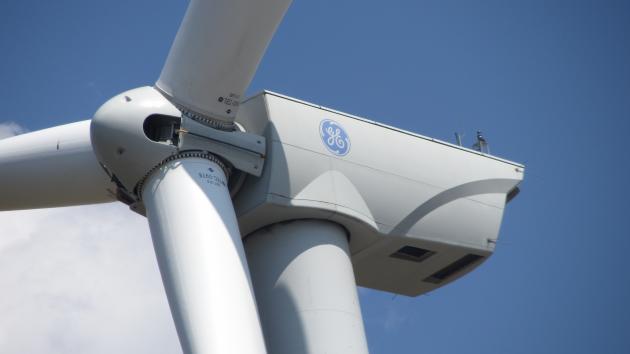 GE’s wind technology will supply more than 20 new wind projects across seven countries. Half of the planned 1.4 GW wind projects will be installed outside the United States, in countries including Brazil, India, France, Germany, Turkey and the United Kingdom, said GE.

“We continue to focus on driving global growth for our business, and the international scope of these deals reflects that effort,” said Anne McEntee, president and CEO of GE’s onshore wind business.

In Turkey, GE said it will supply turbines for Guris Insaat’s 85 MW extension of the Dinar wind farm in Afyon, as well as for Dost Enerji’s 70 MW Bergres wind farm in Izmir, on the Aegean coast.

The acquisition of Alstom’s renewable energy group has expanded GE’s European wind turbine installed base by approximately 50 percent and grew its global wind footprint to more than 30,000 turbines worldwide.

Siemens, according to its official press releases, did not win significant number of wind turbine deals in November and December 2015.

Siemens has won an order from Westar Energy to install 122 wind turbines for the Western Plains Wind Farm project to be located near Spearville, Kansas.

Siemens will supply five of its SWT-6.0-154 direct drive offshore wind turbines for the 30 megawatt (MW) Hywind Scotland Project. The turbines will be installed on floating foundations operating in water depths between 90 and 120 meters.

Siemens has bagged orders for three onshore wind projects in Scotland, supplying up to 50,000 households in South and North Ayrshire and Lockerbie. The contracts also include long-term service and maintenance.

Siemens has received orders for three wind power plants with a total capacity of 130 megawatts (MW) within 12 months. The company will equip these plants with its direct-drive D3 windturbines by the end of 2016.

Siemens will be commissioning of 12 direct drive wind turbines at the Les Gourlous wind farm in France. The SWT-3.2-113 turbines for the wind farm in the Champagne-Ardennes region in France will have a total capacity of 38.4 megawatts (MW).