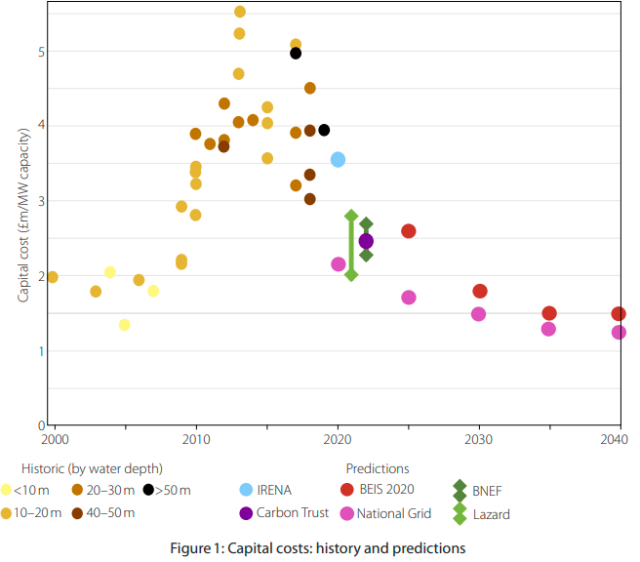 The cost of offshore wind power is high and barely falling, a new paper from the Global Warming Policy Foundation (GWPF) shows. GWPF is calling for ministers and officials to come clean with the public.

Since 2017, renewables advocates have argued that offshore wind power is now very cheap. However, closer examination of their claims reveals a different story.

“Wind farm developers announce their budgets before they start work, so we can see that almost all the forthcoming developments are just as expensive as anything built in the last few years. Even if these new wind farms perform much better than the older ones, they are only going to give us slightly cheaper power,” the report’s author Andrew Montford said.

Beatrice, commissioned in the Moray Firth in 2019 is supposed to be 40 or 50 percent cheaper than other recent wind farms, but we now know for sure that its capital costs were higher than the average, while its operational performance is only marginally better.”

The GWPF study is the third recent review of the accounts of the UK’s offshore wind fleet to find little if any sign of cost reductions. The levelised cost (LCOE) remains 3-4 times that of a gas turbine running flat out.