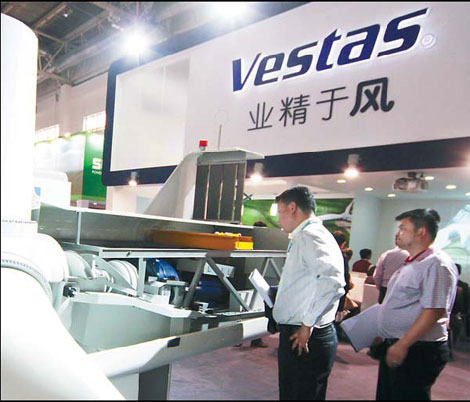 Vestas has secured a contract extension from the 21 MW Sprogø offshore wind farm located at Denmark for service works.

The three-year extension is followed by operations at the project since its installation in 2009.

The contract also includes an option for another year extension.

Since installation, availability of Sprogø’s V90 3 MW turbines has averaged over 98 percent year on year and no main components have been exchanged.

In a new development, Vestas Wind received a turbine supply order for the 122 MW Sorby wind park in Sweden.

Under the contract, Vestas will supply, install and commission 37 units of its V117-3.3  MW turbines.

Developed by Allianz Capital, the value of the project remains undisclosed.

Recently, Vestas won an order for 13 V112-3.075 MW turbine supply for the 40 MW Passadumkeag wind farm in Penobscot County, Maine of US.

The order was placed by Passadumkeag Windpark, an affiliate of Quantum Utility Generation and is the first partnership between Quantum and Vestas.

In another development, Vestas secured a contract to supply turbines for the 48 MW CGN Fujian Anxi Longmen wind farm in China.

According to the deal, Vestas will supply 24 of the V100 2 MW machines for the project located in Fujian province.

Lately, Denmark was in news for setting a new world record for wind production by getting 39.1 percent of its overall electricity from wind in 2014.

This achievement helps the Northern European nation well on track to meet its 2020 goal of getting 50 percent of its power from renewables.

A big source of the surge came from the addition of around 100 new offshore wind turbines. In January of 2014, the country got just over 61 percent of its power from wind resources.