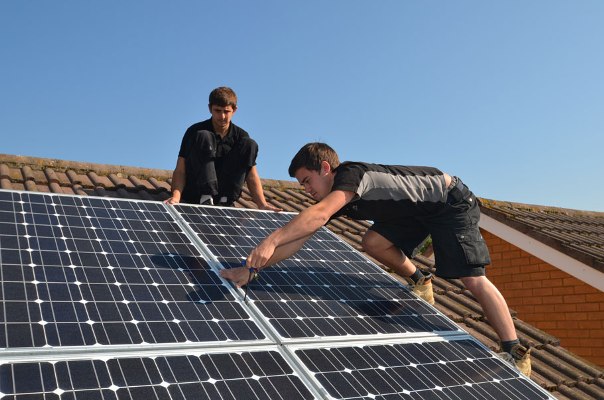 U.S. solar installations have increased 46 percent to more than 5 gigawatts, according to a report by the Solar Energy Industries Association (SEIA) and research firm Wood Mackenzie.

The United States is on track to install 24.4 GW this year, an increase of nearly 24 percent over last year.

The U.S. solar industry installed 5 GW of new capacity in Q1 2021, a new Q1 record and a 46 percent increase over Q1 2020. The utility-scale sector accounts for a majority of these installations, with a Q1 record of 3.6 GW. Residential solar sales continued to grow, with the sector adding 905 megawatts (MW) in Q1 2021, an 11 percent increase over the same period last year.

Texas led all states with 1.52 GW of new solar capacity in Q1, more than it added in all of 2019 and three times more than any other state. Indiana, Virginia, Michigan, and Iowa were among the top 10 solar states this quarter.

According to forecasts from Wood Mackenzie, the solar Investment Tax Credit (ITC) will continue to be highly influential and will drive record growth and investment over the next three years. The forecast calls for 160 GW of solar capacity to be installed from 2021 to 2026, bringing total installed photovoltaic solar capacity to more than 250 GW by the end of 2026.

The report reflects both robust demand from utilities and corporations seeking to meet greenhouse gas reduction goals and declining costs for the technology that has made it competitive with power generated from fossil fuels, CNBC reported.

The sector’s growth has also benefited from a long-standing generous federal tax credit for solar energy systems that the administration of President Joe Biden wants Congress to extend by a decade as part of its push to address climate change by investing in clean energy.

Projects for utilities and other big customers made up nearly three-quarters of the total in the first quarter. That segment of the market has a contracted pipeline of projects nearing 77 gigawatts.

Builders of solar projects are also experiencing a tight labor market that could become more constrained if federal incentives are linked to new labor requirements around wages or other benefits as the Biden administration has proposed.

Solar project developers have tried to renegotiate existing contracts because of the price pressure, but so far have not been very successful because of the competitive market for solar, the report said.

The impact of the supply chain squeeze will be more evident when the industry reports its second-quarter results, SEIA President Abigail Ross Hopper said in an interview to CNBC.