The State of Tamil Nadu will be giving 20 percent subsidies for residential solar programs in the state.

The program will be implemented by Tamil Nadu Energy Development Agency (TEDA), and the incentive will be Rs. 20,000 per applicant for a plant of one kilowatt (KW), approximately 20 percent of the total cost of the installation.

This will be in addition to the 30 percent subsidy from the Union Ministry of New and Renewable Energy (MNRE) on capital cost.

Similar solar incentives are followed in neighboring states like Kerala. 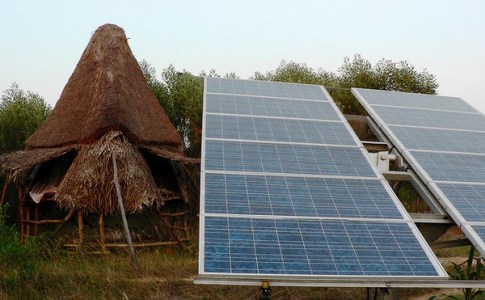 The state government has also announced a subsidy to battery-less solar PV generators. The subsidy will be given to applicants

Under this scheme, the government has sanctioned Rs. 10 crore for the current year. Taking into account the subsidy amount of Rs. 20,000 per KW, this means that 5,000 beneficiaries will be covered initially.

Beneficiaries of the program will have to purchase plants through Tamil Nadu Energy Development Agency (TEDA), which will soon float bids in this regard, an official said. TEDA

By December, the work of empanelling the vendors is expected to be completed.

As per the estimates of the state officials, a domestic consumer stands to save Rs. 9,200 a year with a rooftop installation. This is based on the premise that one plant generates 1,600 units every year for a consumer getting a bi-monthly bill of over 500 units.

The tariff for energy of 501 units and above is Rs. 5.75. Compared to the current level of interest rates offered by banks on fixed deposits, the amount of savings to be achieved by a domestic consumer will be much higher.

Last time around this time, the total installed, grid-connected solar power capacity in Tamil Nadu was 15 MW. The figure will at least triple by March, according to industry analysts.