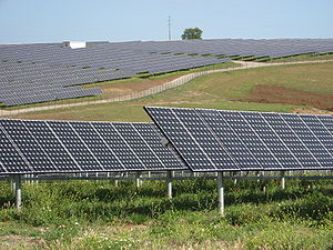 ITC has built the solar plant, which has a capacity of 14.9 MW, with an outlay of Rs 76 crore meeting 90 percent of the company’s power needs in Tamil Nadu from renewable sources.

ITC plans to meet 100 percent of the grid electricity requirements from renewable sources by 2030 and contribute meaningfully to combat the threat of climate change.

In 2018, ITC became the first private sector entity to wheel renewable energy across states through the Inter-State Open Access mechanism. Currently, ITC’s 46MW Wind power plant in Andhra Pradesh supplies power to over 15 ITC establishments in eight states. This has led to a higher renewable energy utilisation for the company.

ITC was recently rated at the Leadership Level with scores of A- for both Climate Change and Water Security by CDP, one of the reputed independent global platforms for disclosures on environmental impacts.