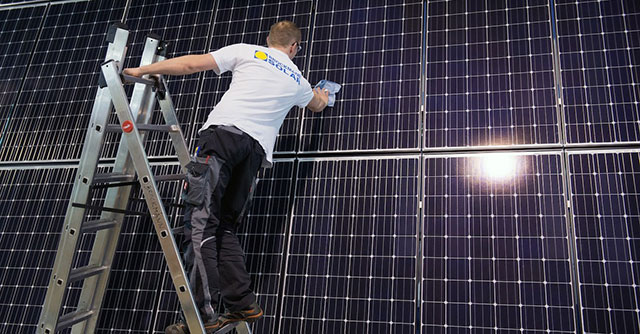 Italian transmission grid operator Terna has decided to switch off all above-100 kW photovoltaic plants for 24 hours on Friday.

The decision has been taken considering possible fluctuations resulting from the partial solar eclipse during the day on March 20.

Friday is expected to be a cloudless day because of which the solar eclipse can cause strong fluctuations in the Grid.
Although the eclipse may last for only about two hours in Italy, the solar farms are being shut down for 24 hours — from midnight to midnight — across the country.

Germany, too, fears strain on its power grid and possible blackout as a result of the eclipse. The country has an installed photovoltaic capacity of 38 gigawatt, which is roughly double that of Italy (18 gigawatt).

Fraunhofer Institute for Solar Energy Systems in Germany had reported last week that the eclipse could cause a sudden dip and then a surge in solar energy-generated power which will have to be countervailed to avoid grid instability.

But while Italy has decided to shut down all big solar installations, Germany has constraints to effect such an order.
The regulatory structure in Germany vests the duty of maintenance of grid stability with transmission system operators who do not have direct access to the PV systems. PV systems, in turn, are regulated by distribution system operators.

Without direct access to PV systems, German transmission operators are not sure of being able to get all big PV producers to shut down simultaneously. Therefore, experts have recommended that it would be better to leave the system as is.