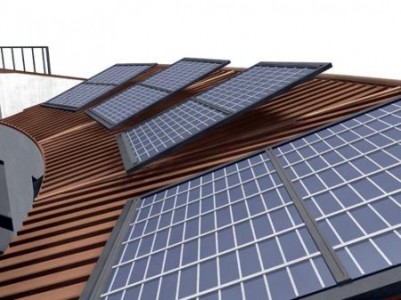 Most of this installation has been set up during the last three years after the launch of Jawaharlal Nehru National Solar Mission (JNNSM) in 2010.

JNNSM was launched to promote harnessing and utilization of solar energy for power generation as well as direct thermal energy applications in the country. The government is offering various financial, fiscal incentives such as concessional duties, accelerated depreciation, preferential tariffs and more.

Private developers are being encouraged to set up grid-connected solar power projects on Build-Own-Operate basis, at locations of their choice, under various schemes of Central and State Governments.

A target for deployment of 20 million sq m of solar thermal collectors area and 2,000 MW off-grid and 20,000 MW grid-connected solar power generation capacity by 2022 in the country has been set under the Mission.

Besides deployment, focus is also being laid on creation of favorable conditions for developing solar manufacturing capability and increased R&D and capacity building activities in the country.

India is far behind world leaders in solar energy implementation. The installed Solar power generation capacity in countries like China, United States of America, Japan and Spain is in the range of 5,000–8,500 MW, while it is over 16,000 MW in Italy and over 32,000 MW in Germany.