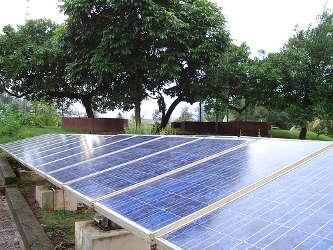 Global photovoltaic (PV) installations are set to exceed 40 gigawatts (GW) in 2014 and generate installation revenue of more than $86 billion, says a research from IHS.

PV installations in 2014 will rise by 17 percent, according to IHS PV Demand Market Tracker. This will be the fastest pace of growth over the last three years, and will mark the end of the solar industry’s two-year slowdown, according to IHS.

The growth will be driven by low system prices, creation of new markets in emerging regions and the continued growth in major countries such as the United States, Japan and China, says IHS researcher Ash Sharma.

“As the industry’s recovery accelerates and market revenue returns to near record levels, solar manufacturers will leave behind the turmoil of recent years and enjoy improved business conditions,” Sharma added.

Despite continued cuts to government incentives in mature PV markets, all major global regions—Europe, the Middle East, Africa, the Americas and Asia—will expand their solar installations in 2014, the research said.

The growth represents a significant turning point for Europe, which suffered a steep decline in solar installations in 2012 and is set for another drop in 2013.

While solar installations continue to fall or stagnate in established European markets like Germany and Italy, rapid growth is forecast in emerging countries in the region, such as Turkey, Poland, Ukraine and Russia.

Asia is an emerging market for solar installations. IHS expects Asia’s share will increase to 48 percent, up from 29 percent in 2014.

China will be the primary driver of this year-end rush, with more than 2 GW of installations projected to be completed in the fourth quarter of 2013, the report said.