The integration followed by production of solar energy began from Sustain-A-Building installed for Bill Schafer and Margaret Watson at their Naperville home who finally acquired the Solar Shingles.

Bill Schafer wanted to install a Solar Shingle system, who always followed news about it since the invention.

They first read about Solar Shingles in 2009 in Time magazine, when it was named as the best inventions of the year. Bill has practiced many other sustainable green products earlier also.

In addition to Illinois, this revolutionary product is available in 18 more states. DOW POWERHOUSE is supported by a 20 year warranty.

Brandon Weiss, owner, Evolutionary Home Builders, established Sustain-A-Building to promote green building practices. He has won awards for his dedication to sustainability, including recognition as the 2013 NAHB National Master Certified Green Professional of The Year.

Illinois residents and professionals are given a chance to see this POWERHOUSE Solar Shingles, in an event sponsored by Dow Solar and Dow Building Solutions at Naperville. 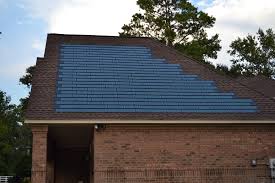 Brandon Weiss will also be present at the event to answer questions and explain about how to save money by using sustainable solutions like DOW POWERHOUSE Solar Shingles.

POWERHOUSE has changed the way how people see their roof. The reinventing of Illinois roofs to provide value for homeowners by generating electricity with the power of the sun has begun, said Cheryl Whitten, associate commercial director, Dow Solar.

Solar Shingle is a dual-functioning system that offers over rack-mounted solar panels that can function as both roofing and solar product. It comes in a complete package including custom designed system, the inverter, the utility interconnection and a web-based monitoring system.