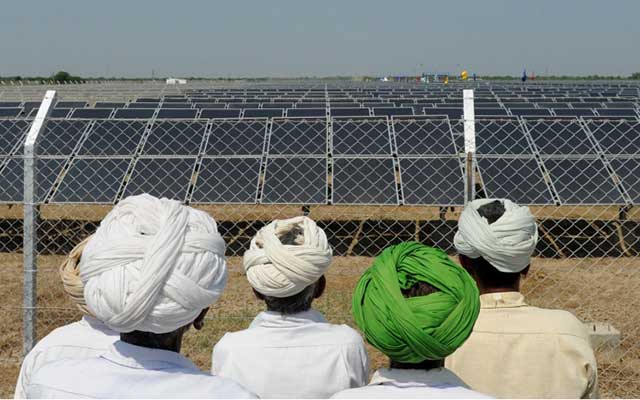 Ongoing expansion of solar energy capacity in India has prompted Deutsche Bank, the Frankfurt, Germany, -based international lender, to revise its growth forecast for the segment in India to 34 gigawatts by 2020. It is a 240 percent increase on the previous projection of 14 gigawatts for the period.

In its report ‘India 2020: Utilities & renewables’ published this week, the bank also notes that annual capacity addition in the sector could surpass that of coal power projects.

By 2020, India’s investment in solar power could exceed that of funding for coal projects, the report says. The bank notes that the $35 billion already committed by global players will help the country develop its solar capacity.

“Private sector interest is decisively moving towards solar from coal power, and we foresee numerous opportunities of fund-raising, yieldco structuring and M&A activity,” the report says

Also, research has shown that solar energy development could reduce the dependence on coal by about 8 percent by 2020 during peak production between 9am and 6pm. In sum, the savings could amount to about $17 billion a year if solar capacity is continually improved.

However, one key observation in the report — one that Reuters had made in an analysis recently — is that Indian manufacturers of solar cells and modules are unlikely to be benefited by the growth. The majority of photovoltaic modules installed are likely to be imported “given the small scale of domestic PV industry”, the report says.

However, the report does note that by 2022 India could become one of the largest producers of clean energy.

The catch, nevertheless, is that while the target of 100GW of solar energy by 2022 was “technically achievable”, it would be realized only if administrators were willing to put enough support behind it. “Realistically, challenges of weak financials of distribution companies and grid constraints need to be addressed,” the report says.

“Solar fundamentals are becoming compelling in India, and investments are bound to grow dramatically. But there are numerous challenges which still need to be addressed.”

And with distribution companies facing financial constraints of their own, the enforcement of renewable energy purchase obligations will be difficult as these companies have little incentive to purchase more clean energy.

The other issues include financing, land acquisition and reliability of baseline data.

The prices are expected to drop by 30-40 percent more in the near future as the technology and its efficiency improve.

The projections notwithstanding, as of June, India had installed capacity of only 4.5GW of solar projects.