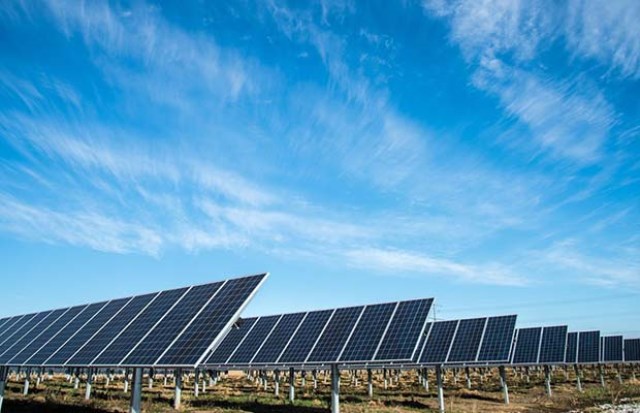 The solar developments are part of the company’s Clean Energy Plan to increase renewable energy, eliminate coal electricity by 2025 and achieve net zero carbon emissions by 2040. Both projects are being developed by Ranger Power, a utility-scale solar development company based in Chicago.

“Providing 300 megawatts of clean energy for our customers is a commitment to our planet, the people of Michigan and contributes to the prosperity of communities where solar projects are sited,” said Timothy Sparks, Consumers Energy’s vice president of electric grid integration.

Consumers Energy would purchase power from Confluence Solar in Genesee County and Heartwood Solar in Hillsdale County. The agreements are being reviewed by the Michigan Public Service Commission.

The new solar projects are each 150 megawatts and scheduled to begin operating by year-end 2024. Ranger Power will own and operate the sites.

“Securing power purchase agreements with Consumers Energy for our Confluence and Heartwood Solar projects is a major milestone in our efforts to provide clean, renewable energy to customers across Michigan,” said Paul Harris, president at Ranger Power.

The $200 million Confluence Solar project is expected to create up to 250 jobs in Genesee County during construction and generate over $25 million in property tax revenues over the lifetime of the project. The new tax revenues will benefit several local taxing jurisdictions including Genesee County, Flushing and Montrose Townships, Flushing and Montrose schools, Genesee Intermediate School District, Mott Community College, and the local airport, library and transportation authorities.

Consumers Energy owns and operates solar power plants in Cadillac and on the campuses of Grand Valley State University and Western Michigan University. The energy provider also purchases power from another 18 locations throughout the Lower Peninsula.

Under its Clean Energy Plan, Consumers Energy has proposed adding 8,000 megawatts of utility-scale solar power by 2040, including 1,100 MW by 2024. The company is using a competitive bidding process to ensure maximum value for customers.

Consumers Energy is searching for tens of thousands of acres throughout Michigan to identify locations for utility-scale solar power plants. Large landowners or community officials who want to learn more about potential for siting, can visit www.ConsumersEnergy.com/misolar to provide basic details about their property and begin a discussion with company solar experts.

Consumers Energy is the principal subsidiary of CMS Energy, providing natural gas and/or electricity to 6.8 million of the state’s 10 million residents in all 68 Lower Peninsula counties.