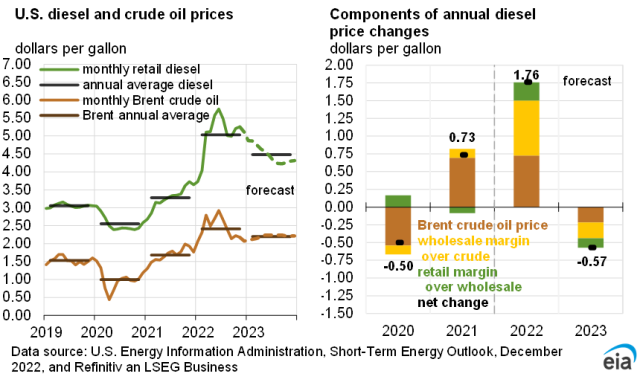 The U.S. Energy Information Administration (EIA) revised its forecasts for U.S. natural gas production in 2023, expecting it to average more than 100 billion cubic feet per day for the first time.

EIA said growth in natural gas production has been limited in the Permian Basin of Texas and New Mexico because of pipeline constraints. EIA now forecasts that those constraints will be resolved more quickly than previously forecast.

“Although we expect that U.S. electricity customers will pay more for electricity, we do not expect retail electricity prices to increase as much wholesale prices this winter,” said EIA Administrator Joe DeCarolis.

EIA forecasts the U.S. residential electricity price this winter will average 14.5 cents per kilowatthour, a 6 percent increase from last winter.

New England could have wholesale electricity price peaks as high as $215 per megawatthour in January, which would be more than three times higher than peak rates elsewhere in the United States.

EIA expects a slight increase in crude oil production in Venezuela in the second half of 2023, following the United States’ ruling that Chevron can resume oil production there.