Home Renewable Energy Investment in renewable energy rise 1.8% to $174 bn in first half:... 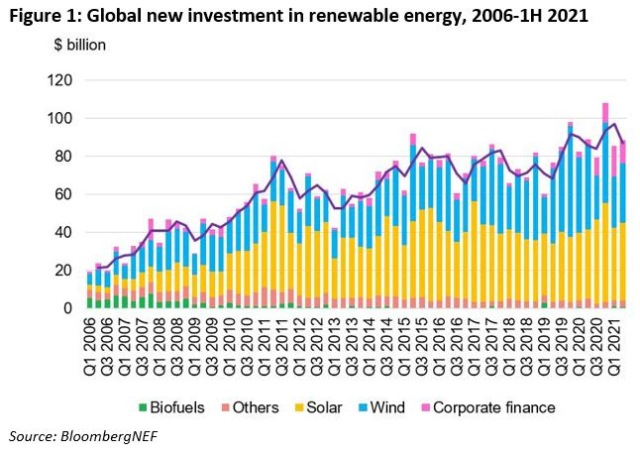 Investment in renewable energy projects and companies increased 1.8 percent to $174 billion in the first half of 2021, according to BloombergNEF (BNEF).

Wind asset finance fell as it stands in contrast to 1H 2020, which was a bumper period for financings of major offshore wind farms.

“Renewable energy investment has withstood the effects of the global pandemic, in contrast to other sectors of the energy economy where we have seen unprecedented volatility,” Albert Cheung, head of analysis at BloombergNEF said.