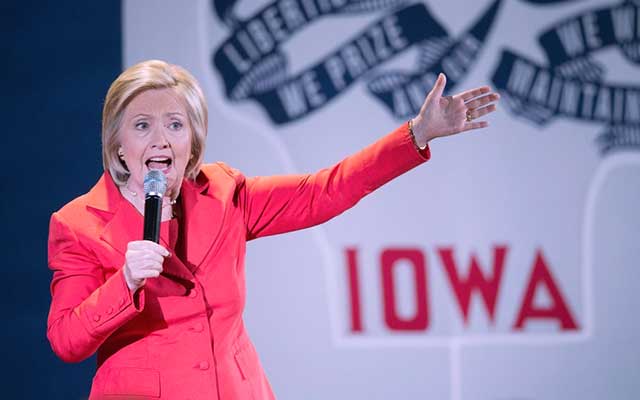 Half-a-billion solar panels by end of first term in office — that is one of the key national goals Democratic presidential candidate Hillary Clinton has spelled out during her presidential election campaign.

“I want more wind, more solar, more advanced biofuels, more energy efficiency,” Reuters quoted her as saying at a weekend rally in Iowa on Sunday. “And I’ve got to tell you, people who argue against this are just not paying attention.”

Clinton has stated in a promotional video on her campaign website that she wanted every home in the US to be powered by clean energy within a decade.

You don’t have to be a scientist to accept scientific evidence. Climate change is real and we must act. -H https://t.co/jV0k5v5P4I

The climate change agenda of the former US secretary of state, holds the promise of increasing increase the solar energy output of the country by 700 percent by the end of the decade.

Over the next few months a comprehensive agenda on climate agenda is expected to be laid out, including the two national goals.

Although the statements that Clinton has made clearly define what her priorities would be if elected to power, experts in the renewable energy sector believe the targets are too steep to be achieved.

The statements hold significance in the run up to the global climate change conference to be held in Paris in December.