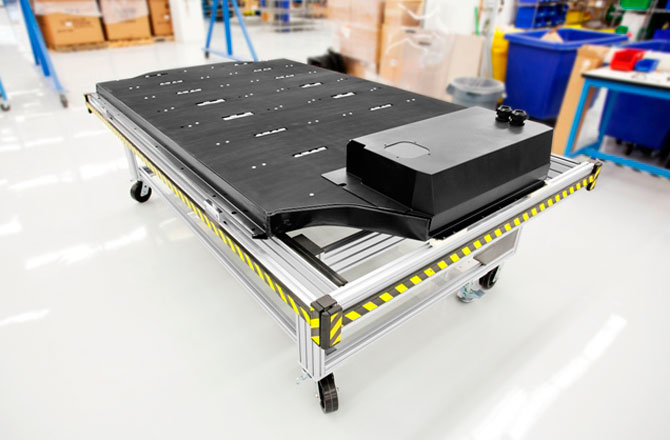 Gaelectric, an Irish renewable energy company, and Tesla Motors, the US electric carmaker, are to jointly develop a 1-MW battery storage demonstration project in Ireland.

For Tesla, the project would be its first utility-scale battery power project in Ireland. And it is scheduled for deployment in 2016.

“The accelerated development of storage technology and application is astounding,” Gaelectric Head of Energy Storage Keith McGrane said. “Much of these developments are around incorporating greater amounts of renewable power while protecting the stability of our transmission systems and controlling costs. Tesla is the vanguard for the revolution that is currently under way.”

Besides the project, both companies are also planning wider collaboration in battery projects that can help integration of renewable energy with the electrical grid.

According to a report published by renewables.seenews.com, the companies are also exploring the opportunities for other Tesla Energy products in residential and commercial applications.

They would also explore opportunities in other European markets.

Gaelectric has 400 megawatts of wind power in the pipeline in Ireland expected to be completed by 2017. It also has energy storage projects in parts of Europe. Its onshore wind energy development and operations extend over the island of Ireland and the United States centered on the state of Montana.

Meanwhile, Tesla has recently been in the news after it launched Powerwall, a Lithium-ion battery pack claimed to be ideal for powering homes.