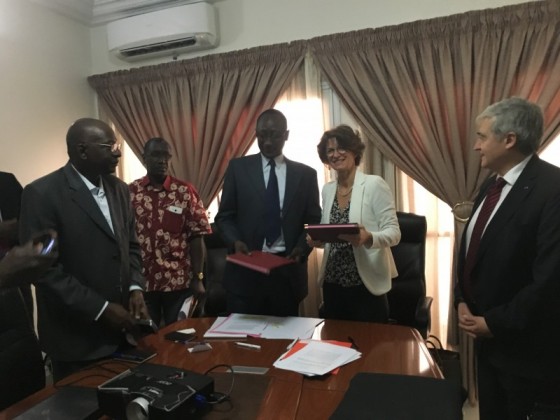 ENGIE announced partnership with ANER, the National Renewable Energies Agency in Senegal, to accelerate the development of renewable energies in the country.

The first part of this agreement involves the development of solar energy for individuals in multi-occupancy or individual housing. The aim is to study the initial deployment of these solutions to 11,000 households in the city of Dakar and its suburbs.

As part of this agreement, ENGIE also commits to market energy performance contracts (EPC) to industrial operators and the tertiary sector in large urban communities in Senegal.

The goal is to reduce sites’ energy consumption and help to balance the Senegalese electrical system. In Senegal, ENGIE will adapt the concept of EPC that it has used in all its industrial client and large tertiary markets around the world for many years.

The final part of this agreement involves ENGIE’s participation in an industrial cluster to promote renewable energies, particularly by professional training actions and strengthening the local industrial network.

Isabelle Kocher, ENGIE CEO, said, “ENGIE is aiming to use its technical experience and financial capacity to support Senegal’s energy policy, in close partnership with local stakeholders. The agreement we have signed today reflects our desire to be a major stakeholder in renewable energies and services in Africa and to solve the huge energy supply problems found on the continent.”

In Senegal, ENGIE has been selected for the Dakar TER project in partnership with Thales for the design and production of infrastructures and systems, with a contract amounting to 225 million euros. The Group is also involved in the Senergy project, a 30 MW photovoltaic power station in the town of Santiou Mekhé, scheduled for commissioning in 2017.