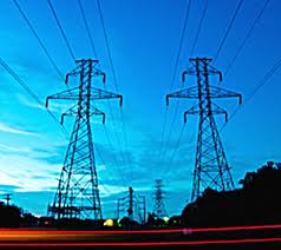 State-run Power Grid Corp (PowerGrid) has commissioned a record Rs.30,300 crore worth of projects in the last fiscal and also achieved planned capital expenditure of Rs.22,500 crore, an official statement said on Tuesday

“PowerGrid, a Navratna company under the ministry of power, commissioned transmission projects worth Rs.30,300 crore (unaudited) during 2015-16, which is the highest-ever commissioning achieved by the company in its history,” said a power ministry statement.

“During 2015-16, tenders for transmission projects worth more than Rs.50,000 crore were released, setting a new benchmark for highest-ever tenders in a single year by the company,” the statement said.

“Procurement of such large quantities transparently through online reverse auction will help bring down power cost & give a boost to economy,” tweeted Power Minister Piyush Goyal

During the year, the company also awarded contracts for 270 packages worth Rs.22,000 crore and investment approvals for projects worth Rs.13,200 crore, the statement said.

The company achieved the planned capex of Rs.22,500 crore (provisional), it added.

The highlights of the year include establishment of two new international inter-connections — one with Nepal and the other with Bangladesh, the ministry said.

The inter-connection with Nepal — Muzaffarpur (India)-Dhalkebar (Nepal) transmission line — was jointly dedicated by Prime Minister Narendra Modi and his Nepalese counterpart K.P.Sharma Oli via tele-inauguration during the latter’s visit to India in February 2016.

The inter-connection with Bangladesh — Surjyamaninagar (India)-Comilla (Bangladesh) transmission line — was jointly dedicated by Modi and his Bangladeshi counterpart Sheikh Hasina through video-conferencing.