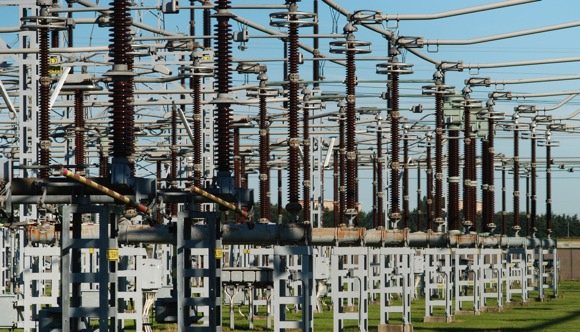 At least $14 trillion needs to be invested in the power grid worldwide by 2050 to support an evolved power system, according to BloombergNEF’s new Power Grid Long-Term Outlook 2021 published today.

The transition to electric heating and transport drives up electricity demand, while the growth of wind and solar strain the grid. 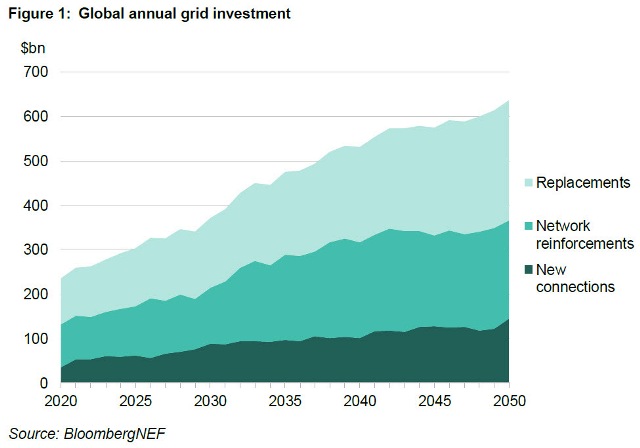 Key findings from the report include:

In 2020, roughly $235 billion was invested in the power grid, and this needs to rise to $636 billion by 2050 to support more power generation capacity, serve new demand and replace existing infrastructure.

Distribution grids become more important in the coming decades, as a growing portion of new power plants are smaller and closer to demand. The growth of wind and solar power in our Economic Transition Scenario causes the median power plant size across the world to drop six-fold by 2050 to 158MW. This results in more power plants connecting directly to the distribution grid. By mid-century, distribution grids make up 63 percent of annual investment, up from 52 percent in 2020.

Investment in sensors and automation will improve efficiency, reliability and reduce both operating and capital costs. Digitalization of grid infrastructure represents 36 percent or $4.7 trillion of grid investment, which helps improve and extend the utilization of the grid.

Electrification of transport, heating and cooling lead to $2 trillion in global grid investment, roughly 14 percent of all cumulative investment by 2050. Utilities will need to upgrade existing customer connections as they electrify more of their energy consumption and provide connections to new customers such as charging stations. Policy support could accelerate the pace of electrification and the associated grid investment.

China is the single largest grid market in the world between 2020 and 2050, despite an eventual slowdown in demand growth. Over the 30-year outlook, one-fifth of global investment or $2.9 trillion occurs in China. Ultra-high voltage transmission systems continue to dominate, enabling the integration of high quality and remote renewables.

Grid investment in the U.S., the second largest market today, falls behind Europe due to a comparatively slow uptake of renewables. Annual investment more than doubles and surpasses $100 billion by 2043. The country’s new President, however, may trigger more ambitious investment in the grid on the back of recent carbon free electricity goals.