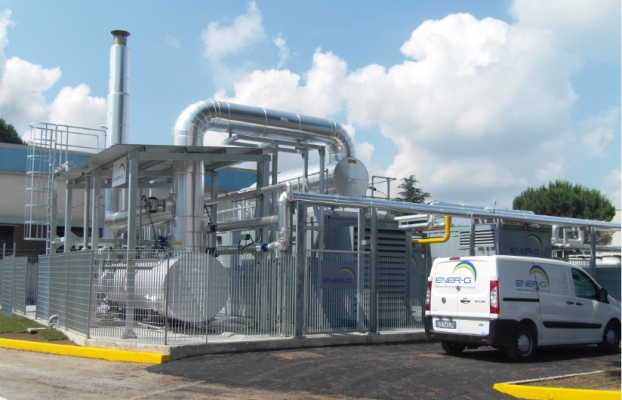 ENER-G announced that Coca-Cola HBC Italia will reduce its carbon footprint by 15 percent and save 40 percent on its energy costs after installing an ENER-G combined cooling, heat and power (CCHP) system.

The 1280 kWe decentralized energy system is supplying hot water, steam, cooling and electricity to provide 60 percent of the site’s power demand, 80 percent of its cooling and almost all of its steam requirements, the company said.

The technology dramatically reducing Coca-Cola HBC Italia’s reliance on energy supplied from the grid and will achieve annual carbon dioxide savings of 1,343 tons, which is equivalent to the carbon that would be offset by a 1,271 acre forest.

ENER-G designed, installed and commissioned the containerized natural gas CHP system utilizing a high efficiency MTU engine. The system is connected to a 500kW absorption chiller and a recovery boiler for the production of steam. It has a thermal capacity of 715 kWh.

The high efficiency plant is expected to produce around 7,500 MWh of electricity per year and to operate 6,500 hours per year.

CHP technology converts gas into both electricity and heat in a single process at the point of use. The low carbon process works by generating electricity on-site and recovering the majority of the heat created in the process, in contrast to conventional power stations where heat is wasted into the atmosphere through power station cooling towers. Distribution losses are also avoided since energy generation takes place on-site.