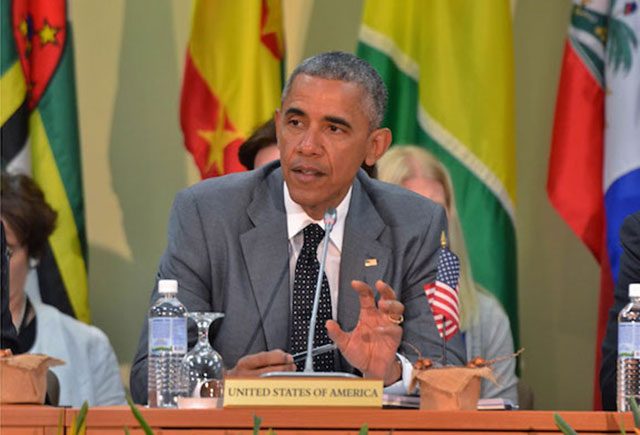 US President Barack Obama has offered to extend America’s support for the development of low-carbon energy resources in the Caribbean.

He made the announcement during his visit to Jamaica on Thursday.

Obama addressed a meeting with Caribbean Community, or Caricom, a coalition of the region’s nations, during the visit.

Caribbean Energy Secretary Ernest Moniz was with Obama at the meeting.

This “energy diplomacy”, in the president’s view, will be key to directing countries of the Caribbean toward making clean energy their priority and improving bilateral relations.

Obama has proposed a $20-million funding for clean energy projects in both the Caribbean and Central American countries.

And a US-Caribbean task force will support countries that wish to expand low-carbon energy utilizing the expertise that the US has gained in the field, the president said.

The US is financing a massive wind farm in Jamaica. Besides, it is also in final-stage talks for financing a solar array in the Caribbean nation.

“This region has some of the highest energy costs in the world … Caribbean countries are particularly vulnerable to the effects of climate change, and we have to act now. Large countries and small countries have to work together to be able to address these challenges,” Obama said.

A White House statement said the president has expressed confidence that the US and Caribbean nations can make “great strides over the short term and even greater strides over the long term” on clean energy.