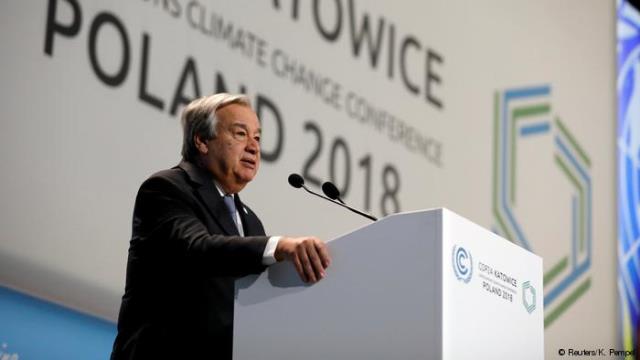 Developed countries aim to lift annual public and private spending to $100 billion in developing countries by 2020 to fight the impact of climate change — up from $48.5 billion in 2016 and $56.7 billion in 2017, according to latest OECD data.

World Bank said the breakdown of the $200 billion, which is equivalent to about 35 percent of the World Bank Group’s total financing, would comprise approximately $100 billion in direct finance from the World Bank.

The bank’s financing package amounts to about 40 billion a year, but the direct finance is 27 billion per year on average.

“By ramping up direct adaptation finance to reach around $50 billion over fiscal 21-25, the World Bank will, for the first time, give this equal emphasis alongside investments that reduce emissions,” the bank stated.

The countries whose representatives are meeting at the UN climate summit which opened on Sunday in the Polish city of Katowice are seeking to make good on commitments made in the 2015 Paris climate accord.

The 2015 Paris climate agreement saw countries commit to limiting global temperature rises to well below two degrees Celsius (3.6 degrees Fahrenheit), and to the safer cap of 1.5C if at all possible.