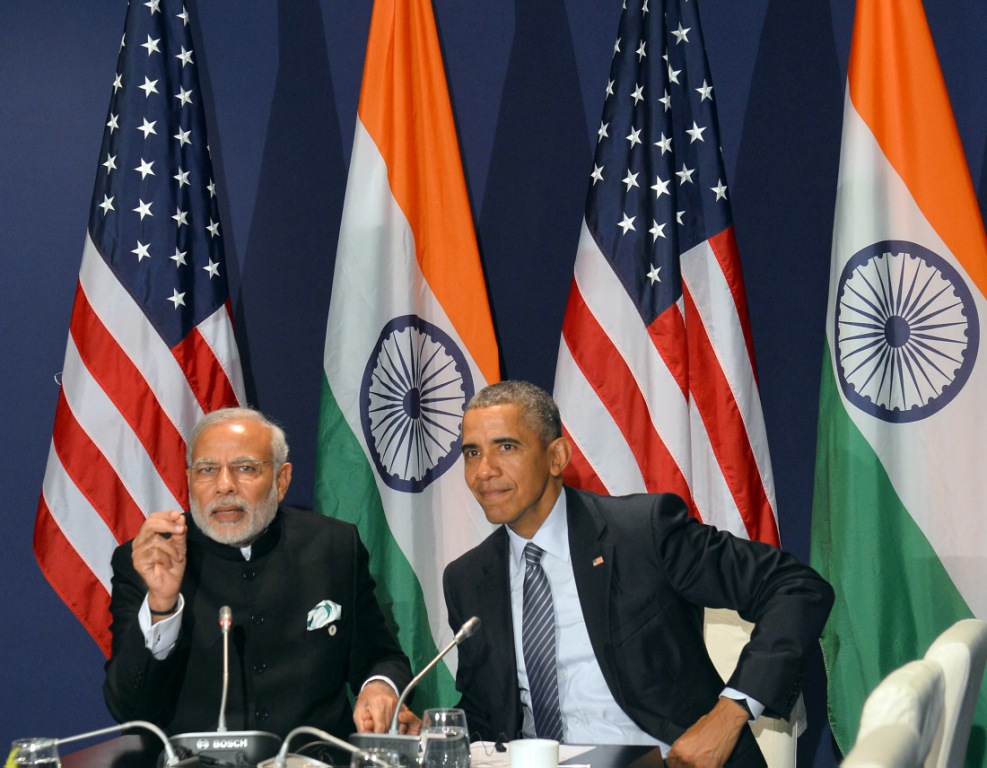 Starting with President Barack Obama, the US is making a concerted effort to seek common ground with India with assurances to help countries adapt to the impacts of climate change, says the White House.

It “is quite entirely unfair to the Indians” to “describe them as the biggest obstacle” to a climate change deal, White House press secretary Josh Earnest told reporters Wednesday. “Anytime you negotiate an agreement with more than 180 countries, there are going to be a lot of issues to work through,” he noted.

“But there’s no denying that there has been a concerted effort on the part of the United States, starting at the level of the President, but also including the rest of our negotiating team to seek common ground with the Indians,” Earnest said.

The US also sought “to reassure them about our commitment to investments moving forward and helping countries adapt to the impacts of climate change.”

It also wanted to make “sure that those countries are demonstrating a commitment of their own to reducing carbon polluting, and joining the rest of the world in the fight against climate change,” Earnest said.

Asked if Obama in his call Tuesday with Prime Minister Narendra Modi previewed a proposal by Secretary of State John Kerry to expand the amount of money available to developing nations, the official said he didn’t have a more detailed readout of their call.

But “I can tell you that, in general, that US support both in the public sector and the private sector for efforts to assist countries as they adapt to the impacts of climate change is something that President Obama and Prime Minister Modi have discussed extensively over the last several weeks and months.”

“This was something that was discussed extensively when the President sat down face-to-face with Prime Minister Modi just last week when they were both in Paris,” he said. “So I wouldn’t be surprised if it came up in their conversation.”

Given its commitment “to those kinds of investments,” Earnest said: “We want to make sure that there is also a commitment on the part of the Indians and the other 180 or so countries that have showed up to Paris to make serious down payments on cutting carbon pollution.”

“A commitment to doing that is not automatically in direct conflict with the kind of economic priorities that many of those countries have identified for themselves,” he said.

Earlier at a New York Times Energy for Tomorrow Event in Paris, Kerry described Modi as “a really interesting leader who is appropriately seized by technology and by the possibilities, and he faces this enormous challenge also.”

“India, a very poor country, has an enormous challenge of bringing Indians in to the modern economy,” he noted.

“Their baseline needs for energy production to keep their economy going are what they are. And he doesn’t have the luxury of cutting that off and then still growing and moving.”

“So we’ve got to help,” Kerry said. “Everybody has to help. And there are ways we think we can help – technology transfer, adaptation, mitigation.”

“There are things we can do. We really want a joint venture, work with India to try to do it just as we are with China.”

Obama steals the show at G20, but may face heat at home